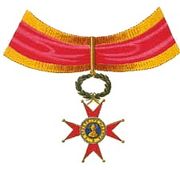 **Jean Paul Tessier Senior **1810 - 1862 was a French orthodox physician who practiced in Turin and in Paris, who converted to homeopathy, and became the publisher of Etudes de Medicine Generale, and Editor of L’Art médical,

Jean Paul Tessier Senior was converted to homeopathy by Edouard Dufresne, and he then taught Pierre Jousset,

Between 1848 and 1864 (?he died in 1862), at the request of his mentor Francois Magendie, Jean Paul Tessier conducted clinical trials into homeopathy at the St. Marguerite Hospital in Beaujohn in Paris, successfully treating pneumonia and cholera.

Initially over a three year period between 1849 – 1851, Jean Paul Tessier set aside two homeopathic wards (100 beds) and two allopathic wards (99 beds), with 1 in 5 patients individually assigned by both allopathic and homeopathic doctors, with the great majority of patients being assigned independently, with patients assigned to the first vacant bed, regardless of the ward.

Jean Paul Tessier had become so convinced of the efficacy of homeopathy during these trials, he converted to homeopathy.

The initial trials were only planned for a six month period, but Jean Paul Tessier continued the trials eventually for a three year period.

Jean Paul Tessier originally chose to study pneumonia and cholera, diseases with clear diagnosis and prognosis, he asked two allopathic doctors to make all the observations and write the reports to counter any bias from him reporting the effects of his own treatments.

The results from the first three year trial were so intriguing, the results so clearly favoured homeopathy, that Jean Paul Tessier planned a much larger study to compare homeopathy and allopathy, this time not restricted to any specific disease, and to include all of the patients admitted to the Sainte Marguerite Hospital.

A similar study in St. Petersberg began at this time, no doubt influenced by Jean Paul Tessier’s Paris research, the results of which were published in 1852.

Alerted by the publication of Jean Paul Tessier’s results, John Ozanne travelled from his native Guernsey to observe the Paris trials, disseminating his observations throughout Britain, and ultimately to America.

Despite outraged opposition from the orthodox medical establishment, the hospital administrators, no doubt influenced by the massive reduction in cost, authorised Jean Paul Tessier to continue with his research.

Eventually, Jean Paul Tessier’s trial lasted 15 years across three hospitals, the results clearly favoured homeopathy. Enraged allopathic opposition immediately set up a National Competition to establish the rate of recovery in pneumonia patients who received only nursing care, and Jean Paul Tessier’s student Pierre Jousset reported that homeopathic treatment revealed a mortality rate of 3 out of 41 consecutive patients, whereas untreated or traditionally treated patients had a mortality rate of 30%.

Jean Paul Tessier’s committment to unbiased, empirical research, ‘unhampered’ by either ‘homeopathic or allopathic dogma’, must surely set the standard for medical scientific research, and bears favourable comparison to the trials conducted between 1828 – 1829 in Naples by Cosmo Maria De Horatiis, who conducted clinical trials into homeopathy in Naples, at the Military Hospital of the Trinity.

The vitriolic attacks of the allopaths that resulted from the publication of these successful clinical trials into homeopathy were so atrocious they caused Pope Pius IX to come to Jean Paul Tessier’s defense.

The results of these clinical trials were so startling in favour of homeopathy, the mortality rate under homeopathy dropped dramatically from 33% to 7.6%, that Jean Paul Tessier was immediately vilified by his allopathic colleagues, who blocked him from further promotion and progression in his chosen profession.

No allopathic medical journal would publish results so favourable to homeopathy, and Jean Paul Tessier was immediately and summarily dismissed from his profession! Horribly, his clinical assistants were also blocked from admission to the Allopathic Medical Faculty!

Jean Paul Tessier had converted to homeopathy early on in these trials, so impressed and convinced had he become by this new system, once again proving how attacks upon homeopathy only lead to the benefit of homeopathy.

Jean Paul Tessier, no doubt in part to get away from the terrible vivisections conducted by Francois Magendie, but also to escape the blinkered vitriol of his allopathic colleagues, must have been extremely relieved to discover the humanity of homeopathy!

In 1852, appalled by the ‘materialism reigning in medicine’ and by the dogma hidden behind a ‘misty and barbarous phraseology’ concealing a ‘most destructive doctrine’, Pope Pius IX granted the Order of St. Gregory the Great to Jean Paul Tessier for his efforts.

We copy the following from the Art Médical the necrology appeared first in the Temps, being written by A Cretin:

“Jean Paul Tessier succumbed to hemoptysis on the 16 th of May, 1862, in his 52nd year. For about a year he had been suffering from tuberculosis. In spit of his increasing weakness he continued visiting his numerous patients up to the day on which he was seized with the hemorrhage.

“Tessier had distinguished himself even in his youth by very valuable works. Even lately Armand Trousseau, in his lectures made honorable mention of Tessier’s Recherches sur la Diathèse Purulente.’

“As soon as Tessier had reached the required age, he was appointed hospital physician after a brilliant competitive examination, his first position being in the Hôpital Sainte Marguerite then at Beaujon, and lastly in the Hôpital des Enfants Malades.

“In the first named hospital he, in the year 1849, instituted his first experiments with the homeopathic treatment in cases of pneumonia and cholera.

“From this time his conviction in favor of this curative method was immovable. All his labors, his whole activity, all his exertions in the hospital, a well as in private practice, only aimed at the victory of his medical reform.

“He powerfully contributed to the progress of Homeopathy through the publication of his Etudes de Médecine Générale, and by the establishment of the Art Médical, one of the most valuable of medical journals.

“On the 18th of May a numerous and select throng paid the last honors to this eminent and unselfish physician, whose death has left a great vacuum in science and the greatest grief among his friends.

“The Société Médicale Homoeopathique de France was represented it this concourse by its president and almost all its members: but we were deeply grieved not to see in the great numbers assembled even one hospital physician.

“Tessier was buried, according to his wish, in Nonancourt, where he will lie in the midst of his own.

“The editor of the Revue du Monde Catholique published a necrology forwarded to it, in which it is stated that at the termination of his earthly career the cross of Commander of the Order of Saint Gregoire le Grand was given to him, and he concludes the necrology by adding the following words:

‘We have nothing to say about the medical practice of Dr. Tessier. This question does not belong before our tribunal. We would only desire to behold, that a system adopted by a man of such grandeur and conscientiousness deserves to he proved by all those who earnestly desire the progress of the science.

‘Nevertheless, even though we are unwilling to make any decision as to this most important question, we shall touch at least on another point, just as important. Materialism reigns in medicine.

‘Though it may be concealed none or less behind a misty and barbarous phraseology, nevertheless reigns and roles in all reality.

‘Tessier energetically opposed this most destructive doctrine. His Etudes de Médecine Générale, which, we are sorry to say, he could not complete, have disclosed the depth of the evil and also the leans for curing it.

‘The first part of this fair work, entitled Concerning the Influence of Materialism on the Medical Doctrines of the School of Paris, abundantly shows that even the best of modern physicians actually continue to hold to the ideas of Pierre Jean George Cabanis.

‘He does not demonstrate this by empty citations, but by a penetrating and striking discussion. Did not an oracle of his Faculty define man as a ” mamifère monodelphe binane,” in order that he might deny the unity of the human race and describe all to matter?

‘Has it not been declared, in addition, that “life is not to be viewed as a principle, but as a result, a property, which the body enjoys, without any necessity of assuming my other agent in the body ? ”

‘Tessier took notice of these theories, and has demonstrated their complete untenableness and unfortunate consequences. Passing from criticism to doctrine, he undertook to subordinate science to the systems. Every science must have a basis.

‘Tessier has reminded the learned world of this elementary and yet unrecognized verity, and has demonstrated it. He found this basis in the Bible. The question as to the essence of diseases he declares to be the question of their origin, and thence the question of the origin of evil. He started from this point to find the confines of the extensive theory of his art.

‘To stifle the mighty opposition of this powerful adversary, possessed of such forcible language, conjoined with so acute a mind, a man of unusual philosophic culture and great knowledge, penetrated by a mighty thought, his opponents asserted that he only spake in the name of Homeopathy.

‘This amounted to a change of base and a withdrawal from the combat through a cowardly flight. The author of the Etudes de Médecine raised the question of materialism and spiritualism, of system (theory) and science.

‘As a logician and Christian he then concluded, that the Christian spirit must dominate the medical instruction. This in two words is the labor to which Tessier consecrated his life. He originated a school, which will continue his work.

‘The Art Médical contains an elaborate necrology of its great founder, in which are described faithfully and warmly his life, his labors and his teaching, as also the persecutions, infestation and slights which he suffered his life long.

‘We take part in the sadness expressed in a worthy manner by Alph. Milcent in the name of the editors. For Homeopathy has thereby receive another wound which will not so soon heal up. The official recognition of Homeopathy in France expires with the death of Tessier.

‘The hatred felt by the medical faculty in Paris against him was so great, that all his clinical assistants were exorcised and not one of them was received into the Faculty. His enemy have obtained their desire. They have finally hunted to his death this energetic character, this lofty spirit, this unselfish healer.

‘May he in the heavenly mansions obtain that rest which he could not find on earth. He has faithfully carried on the conflict - it was not, we are sorry to say, permitted him to see the final triumph.’ (A. H. Z., 64, 176, volume 65,23)