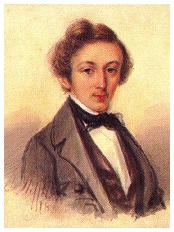 MacKenzie was an advocate of homeopathy (Lewis Spence, Encyclopedia of Occultism and Parapsychology,Volume II, (reprinted by Kessinger Publishing, 1 Feb 2003). Page 546. See also Kenneth Mackenzie, Our physical heritage in Christ, (Fleming H. Revell company, 1923). Page 17), and in 1858-59, he edited four numbers of The Biological Review, devoted to Spiritualism, homeopathy and electro-dentistry..

MacKenzie knew Eliphas Levi and published his recollections of him.

According to William Wynn Wescott, MacKenzie was instructed in his Occult studies and his Rosicrucian initiation by Count Albert Apponyi de Nagyappony (1846-1933) but there are other theories and the truth is not known. MacKenzie himself claimed he had been initiated into a German Rosicrucian fraternity when he’d lived in Vienna. MacKenzie edited _The Spiritual Messenger _with Jacob Dixon.

From http://en.wikipedia.org/wiki/Kenneth_R._H._Mackenzie  Kenneth MacKenzie was born October 31, 1833 at Deptford near London, England. The following year his family lived in Vienna where his father, Dr. Rowland Hill MacKenzie, was assistant surgeon in the midwifery department at Imperial Hospital.

When MacKenzie and his wife returned to England around 1840, Kenneth remained in Vienna for his education, excelling in languages (German, French, Latin, Greek, and Hebrew).

At 17, he was back in London, where he worked in the publishing office of Benjamin Disraeli.

In the same year of the publication of MacKenzie’s translation of Karl Richard Lepsius’ Briefe aus Aegypten, Aethiopen (Discoveries in Egypt, Ethiopia and the Peninsula of Sinai) in 1852, and when Mackenzie was only 19 he translated Hans Christian Andersen’s In Sweden (published in the book The Story of My Life; and In Sweden).

MacKenzie supplied the chapters for Peking, America, and Scandinavia for Theodore Alois Buckley’s Great Cities of the Ancient World and, in 1853, helped Walter Savage Landor prepare a new edition of his Imaginary Conversations. In the same year, George Routledge published MacKenzie’s Burmah and the Burmese.

In 1854, at the age of 20, MacKenzie was elected a Fellow of the Society of Antiquaries of London. He edited translations from the German, by others, both Friedrich Wagner’s Schamyl and Circassia (1854) and J. W. Wolf’s Fairy Tales Collected in the Odenwald (1855).

Between October 1858 and January 1859, at his own expense, MacKenzie published four issues of The Biological Review: A Monthly Repertory of the Science of Life. (MacKenzie was a colleague of Jacob Dixon, and together they edited _The Spiritual Messenger__ _ in 1858-9).

In 1859, George Routledge published Master Tyll Owlglass: His Marvellous Adventures and Rare Conceits (MacKenzie’s translation of the medieval jester story Till Eulenspiegel), published in the U.S. in 1860 by Ticknor & Fields.

In 1861, MacKenzie traveled to Paris to meet the French occultist Eliphas Levi (Alphonse Louis Constant). In 1854, MacKenzie had met the American Rosicrucian Paschal Beverly Randolph who now, in Paris in 1861, was newly appointed Supreme Grand Master for the Western World of the Fraternitas Rosae Crucis.

In 1864, when Freemason Robert Wentworth Little found some old Rosicrucian rituals written in German in the storerooms of London’s Freemason’s Hall, he immediately turned to MacKenzie to help him whip these up into an esoteric order.

Thinking that MacKenzie, a friend of the likes of Paschal Beverly Randolph and Eliphas Levi, had – MacKenzie himself claimed he had – been initiated into a German Rosicrucian fraternity when he’d lived in Vienna.

Little believed MacKenzie had the “authority” to found the new, “authentic” esoteric society. In 1866, with MacKenzie’s help, Little founded the Rosicrucian Society of England, the Societas Rosicruciana in Anglia.

The main leaders of the Societas Rosicruciana were Little, William Wynn Westcott, William Robert Woodman, and Samuel Liddell MacGregor Mathers (Westcott, Woodman, and Mathers would later be “the founding Chiefs” of the ”Hermetic Order of the Golden Dawn”).

In May, 1863, MacKenzie had read to the Society of Antiquaries an “interesting paper” (according to a report of The Gentleman’s Magazine) on the History of the Horn book illustrated by specimens from his own collection and by photographs and woodcuts from other collections.

At the time, MacKenzie was preparing for the publication of a book on the subject. The publisher, in advance of the book’s publication, had set in type and printed the title page; only this, the title page for the book, was ever printed. As for “the paper” read before the Society of Antiquaries, as reported by he Gentleman’s Magazine”, it “shewed considerable research, and was listened to with much interest.”

In 1870 in London, James Hogg & Son published Mackenzie’s translation of Johann Georg Ludwig Hesekiel’s Life Of Bismarck (republished in the U.S. in 1877 as Bismarck: His Authentic Biography; Profusely Illustrated by Distinguished Artists and with a new introduction by Bayard Taylor).

In 1872, the year of his marriage, seven pages of a manuscript, Zythogala; or, Borne by the Sea: An International Romance of the Nineteenth Century. London & Paris: published by Authority of The Cosmological Society; Philadelphia: MacKenzie & Co. Chestnut Street; Leipsig: Als Manuskript Gedruct Tauchnitz, 1872. Entered according to Act of Congress in the year 1872 by Robert Shelton Mackenzie of Philadelphia,” made their way into the formal holdings of the British Library.

The book was never published, but to this day the incomplete manuscript – just the first seven pages of the manuscript – remain on a shelf at the British Library (and nowhere else).

Though known as something of an eccentric, “one of the most companionable of persons” when sober, but mean-spirited and harshly critical when under the influence of ale (in Vienna he had become very fond of both Vienna style red ale and the beers of Munich, Germany), with no known source of income (apparently he’d developed a system of astrological prediction of horse race winners that apparently never brought in any actual horse race winnings), in 1872 MacKenzie married Alexandrina Aydon.

In 1873, MacKenzie’s friend and mentor Frederick Hockley wrote of him, “I have the utmost reluctance even to refer to Mr. Kenneth MacKenzie. I made his acquaintance about 15 or 16 years since. I found him then a very young man who having been educated in Germany possessed a thorough knowledge of German and French and his translations having been highly praised by the press, exceedingly desirous of investigating the Occult Sciences, and when sober one of the most companionable persons I ever met.”

In October 1874, a publisher’s prospectus was issued for MacKenzie’s Royal Masonic Cyclopaedia. In mid-August, 1875, MacKenzie wrote a friend that “when this book is finished, I shall, very likely, run over to Canada.

“My father in law Harrison Aydon is carrying all before him and I am in correspondence with my cousin **Alexander Mackenzie** the Premier [of Canada].” MacKenzie corrected the last of the Royal Masonic Cyclopaedia proofs early in 1877.

In 1881, MacKenzie edited the early issues of the Masonic periodical Kneph. He planned a book called The Game of Tarot: Archaeologically and Symbolically Considered, which was announced but not published.

Another new order, The Order of Light was launched in 1882, followed by MacKenzie’s creation of an even more esoteric Masonic organization called The Society of Eight, formed especially “for the study of Alchemy.”

In August, 1887, a “cipher manuscript” that had been in MacKenzie’s possession was bought from MacKenzie’s wife and transferred, via A. F. A. Woodford, to William Wynn Westcott.

Though MacKenzie had himself created the Cipher Manuscripts, William Wynn Westcott made elaborate claims concerning MacKenzie’s having received permission to open, in Britain, an order that had originated in Germany, The Hermetic Order of The Golden Dawn.

“A key figure in tracing the Masonic, Rosicrucian, and occult roots of the Order of The Golden Dawn is Kenneth MacKenzie… When he died in 1886… his papers were purchased from his widow.” – Alsion Butler, from Magical Beginnings: The Intellectual Origins of the Victorian Occult Revivial (in Limina magazine, Fall, 2003).

“Thank the Lord all men are fools.” – William Butler Yeats, from the poem A Full Moon in March.