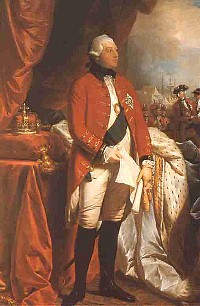 Lord Elgin was a ’passionate advocate of homeopathy’ and set about ’making himself one of its promoters’. Elgin was a patient of Samuel Hahnemann, who treated him for facial neuralgia, and Elgin recommended his friend Dr. Scott from Glasgow, ‘an ardent student of homeopathy’ to see Frederick Hervey Foster Quin.

Elgin’s secretary Laurence Oliphant was treated with homeopathy, and he was interested in Swedenborgianism (based on the work of Emanuel Swedenborg), and he knew James John Garth Wilkinson, Anthony Trollope, Thomas Carlyle and many influential people of his day.

Elgin had a great enthusiasm for antiquities; one of his projects, as he set out on his embassy, was the collection of antiquities, but also the gathering of first hand evidence (drawing, casts) for Ancient Greek art, especially in Athens, as models for taste and artistic practice in Britain; for which purpose he assembled a team of artists and craftsmen in Italy, on his way to Constantinople.

His team of artists in Athens, after some problems, was granted, by means of a firman, free access to the Acropolis, and specifically permission to sketch freely, take casts, carry out digs, and take away inscriptions and reliefs from the site, but, it seems, not the Parthenon itself.

The removal of metopes, frieze and pedimental sculpture was a decision taken on the spot by Philip Hunt, Elgin’s chaplain (and temporary private secretary, i.e. representative, in Athens), who pressured the voivode (governor of Athens) in interpreting broadly the terms of the firman.

Neither Philip Hunt nor Elgin felt qualms about this. Both were shocked by the indifference of the ruling Ottomans to the worsening condition of the sculptures and Elgin later claimed that he wished to preserve the marbles from destruction in the fighting during the Greek War of Independence.

His claimed motive in removing them was to preserve them. Indeed during that conflict the Acropolis was besieged twice. The Greeks were aware of the dilemma and chose to offer the besieged Ottoman forces, which were attempting to melt the lead in the collumns to cast bullets, bullets of their own if they would leave the Parthenon undamaged.

In the process of removing the Marbles, he discovered that he was unable to remove them from the Acropolis without cutting them out in smaller pieces. Therefore, a considerable damage was made to the marbles. Even at the time, his actions were controversial. Elgin spent vast amounts of money in having them shipped home to Britain, which he never recouped.

During the controversy caused by the removal, Elgin was accused of being a dishonest and rapacious vandal, notably by English poet Lord Byron. In 1810 Elgin published a tract defending his actions.

On the recommendation of a parliamentary committee, which also vindicated Elgin’s conduct, the “Marbles” were bought by Great Britain in 1816 for £35,000, considerably below their cost to Elgin (estimated at £75,000) , and deposited in the British Museum, where they remain.

Elgin’s time in the Near East had been full of personal misfortune. From an early age Elgin had suffered from an ailment which was described as rheumatism but which was almost certainly syphilis. The disease, which ate into his nose, made him, and his family, who included an epileptic son, the targets of many cruel jokes. The loss of his nose made him even less appealing than he had previously been to his young wife.

On his journey home, through France, the Earl and some of his companions were taken prisoners of war (war having broken out after they left for home) and were held in detention for several months. Although they were well-treated, Lady Elgin had to travel home without her husband, and began a liaison with one of her escorts.

On his return to Britain, Elgin, finding that he could not get the British Museum to pay what he was asking for the marbles, sued his wife’s lover for an appropriately high sum. He divorced her for adultery by legal actions in 1807 and 1808 in the English and Scottish courts—and by act of parliament—which caused much public scandal.

He then, on September 21, 1810, married Elizabeth (1790–1860), youngest daughter of James Townsend Oswald of Dunnikier; they had five sons, including James Bruce, governor in chief of British North America and viceroy of India, and Sir Frederick Wright Bruce, diplomatist, and three daughters. The first countess later married Robert Ferguson of Raith (1777–1846) who had been cited in the divorce.

Elgin went to live on the Continent. Because his estates were still heavily encumbered with debt his son, James Bruce, the eighth earl, spent most of his life abroad. The marbles were put on display and were eventually bought for the British nation in 1816.