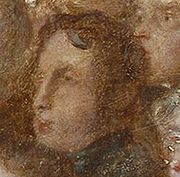 Richard Robert Madden 1798 - 1886 was an Irish doctor who converted to homeopathy, a writer, abolitionist and historian of the United Irishmen, and  Consulting Physician to the Hahnemann Hospital at 39 Bloomsbury Square,

Richard Madden was a patient of Frederick Hervey Foster Quin, and a friend of the Countess of Blessington, Keppel Richard Craven, Charles James Mathews, and the Count D’Orsay.

With thanks to *Alan Campbell (private researcher in Brighton 2.12.10):

Richard Madden was born at Wormwood Gate, Dublin to Edward Madden, a silk manufacturer. He was educated at private schools. He studied medicine in Paris, Italy, and St George’s Hospital, London. While in Naples he became acquainted with the Countess of Blessingto and her circle.

Madden was employed in the British civil service from 1833, first as a justice of the peace in Jamaica, where he was one of six Special Magistrates sent to oversee the eventual liberation of Jamaica’s slave population, according to the terms of the Slavery Abolition Act 1833.

From 1835 he was Superintendent of the freed Africans in Havana. In 1839 he became the investigating officer into the slave trade on the west coast of Africa, in 1847 the secretary for the West Australian colonies. He returned to Dublin and in 1850 he was named secretary of the Office for Loan Funds in Dublin.

He died at at his home in Booterstown, just south of Dublin city, in 1886.

A Dr. Madden was a homeopath in Brighton in 1902, and an active supporter of the newly formed British Homeopathic Association,

Edward Madden (?-?), father of Richard Robert Madden, was a silk manufacturer in Dublin (and ?possibly a colleague of Jean Barthelemy Arles Dufour).

Subscribers receive one ticket for each shilling subscribed, which ticket will admit a patient for one month to the benefits of the Institution.  Donations of Five Pounds will entitle the giver to have Twenty-four tickets annually, and so on in proportion for any larger sum. Patients who do not obtain the recommendation of a Subscriber, may be admitted to the benefits of the Institution, on payment of One Shilling per month.

The Dispensary is open for the purpose of affording advice and medicine every day from nine till ten in the morning (Saturday and Sundays excepted). New cases cannot be admitted after 9.30.

Patients who are too ill to attend at the Dispensary will be visited at their own homes, but when such attendance is required, except in cases of emergency, it is necessary that notice should be sent to the Surgeon before 9 A.M. Subscriptions and Donations may be enclosed to the Honorary Secretary, or paid to the Collector, at the Dispensary, 6, Prince Albert-street.