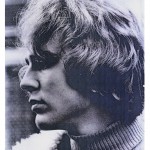 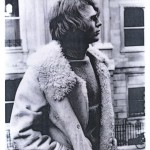 was an Assistant to Margery Grace Blackie.

In the 1972 Trident Air disaster, 16 local Homeopathic doctors were killed and two benches in Queen Square are dedicated to them.

Sergei William Kadleigh was a friend of Marjorie Blackie, who wrote his Obituary.

From Sergei William Kadleigh’s Obituary is in The British Homeopathic Journal,  Volume  LXI, Number 4. Oct, 1972. Page 252. It was written by his friend Marjorie Blackie: Margery G Blackie For citation purposes, publication details; Br Hom J - Vol. 61, No. 4 - October 1972 p 252: Dr. Kadleigh first came to attend one of the intensive courses of the Faculty, and from that moment on was enthusiastic to learn more about Homœopathy, as he felt that it was what he was looking for. Since then he first helped Dr. Priestman with visiting patients south of the Park, and came at least once a week, sometimes oftener, to sit in my practice. He also attended every possible lecture. He loved general practice and this is what he wanted to do. He would indeed have been an expert homœopathic physician. He had a real flair for Homœopathy, and his was such a particularly charming personality that he got on with everyone. After finishing a hospital job he came into my practice as a full-time assistant and, as he said, he enjoyed every minute. We found him most congenial and co-operative to work with, and the patients loved him. After only a month in the practice we received letters from dozens of patients telling of his sympathy and understanding. We have certainly lost a most outstanding homœopathic physician and his friends are coming to inquire about Homœopathy because “Bill” found it so inspiring and so satisfying.

From L R Twentyman From his Address at the Memorial held at St George The Martyr on 29-6-72 For citation purposes, publication details; Br Hom J 1972; 61: 130e133: And now, young doctor, young among us, WILLIAM KADLEIGH, brilliant, full of promise, like a star that darts across this world. It is hard; it is hard for all who know such a person when suddenly he is no more here for us to take delight in. Yet we must somehow take the treasure of their being and their meaning, and honour it and lift it up. Strange are the ways of our fates.

On 18 June 2012 a service of remembrance was held at St George’s Church, Queen Square opposite the hospital; in this same church there had been a service 40 years before. The service was conducted by Rev. Jeremy Swayne, himself a retired homeopathic physician. Taking part were Dr Peter Fisher – Clinical Director of the RLHIM; Richard Murley, Chair of the UCLH NWS Foundation Trust; Enid Segall, former Secretary of the British Homeopathic Association; Professor Lord Robert Winston – whose mother-in-law was on the plane; Francis Treuherz, Hon Secretary of the Society of Homeopaths and Dr Sara Eames, President of the Faculty of Homeopathy. Dr Helmut Roniger played a musical interlude on the piano.

The hard work of arranging the event was mainly undertaken by Sato Liu, of the Friends of the RLHIM. She managed to attract some 120 people, many of whom were descendants and families and friends of those who lost their lives in the ‘Papa India’ crash at Staines 40 years ago. Enid Segall remarked that while everyone remembers where they were when the news of the assassination of President Kennedy reached them, she vividly recalled hearing of the crash – having worked at Nelsons for 9 years, she knew so many of the deceased. Sara Eames recalled that she had been a teenager and could not then conceive of a British Airways plane crashing. My wife told me that learning of the crash was the first time she heard the word homeopathy.

Present also were many members of the homeopathic profession, current and retired, students and patients. It was a poignant occasion, one for people of all faiths and none. Lord Winston read Psalms 23 and 121. Francis Treuherz read a message of condolence from the Chief Rabbi, Lord Sacks. Tariq Khan, Podiatrist at the RLHIM had arranged for two screens to display photographs and memoirs of the deceased in a rolling display before and after the service. The congregation gathered for refreshment, and caught up with old times. An invitation was extended to tour the hospital. Flowers had been laid on the two benches in Queen Square, commemorating those who had perished. It was an event full of poignancy, yet very positive in reinforcing that our mission to heal according to the principles of Hahnemann must continue.

With respect and affection we remembered:

Dudley Wooten Everitt, of Nelsons and his wife Margot Everitt.

who died at Staines on 18 June 1972, when their plane crashed on their way to a conference of the Liga Homoeopathica Medicorum Internationalis in Brussels.

The William Kadleigh Memorial Fund is an unregistered connected charity whose capital funds are held and managed by the British Homeopathic Association on behalf of the Kadleigh Committee. The committee determine the disposition of funds and report at least annually.

A Research Council is being formed, which will include representatives from The Homeopathy Research Trust, The Kadleigh Trust, The Faculty of Homeopathy, The British Homeopathic Research Group, the Research Council for Complementary Medicine, together with some other people actively engaged in research. It will be “Chaired” by the Medical Research Director of The Blackie Foundation Trust…