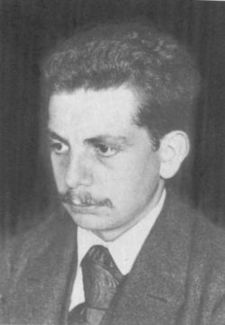 Karl Koenig (Konig) 1902 - 1966 was an Austrian Jewish Paediatrician who fled Nazi Germany to find refuge in Scotland where he founded in the Camphill Movement, an international movement of therapeutic intentional communities for those with special needs or disabilities.

Karl Koenig conducted research into homeopathy. Koenig emphasized the study of the Doctrine of Signatures as a means to gain insight into materia medica.

1927 Karl Koenig used microdilutes to experiment on frogs and fungi. He discovered that by using dilutions of of lead and silver nitrate ranging from 1 to 15c he could cause a premature metamorphosis in Rana fusca (common frog tadpoles) or kill them or the fungus in the water.

Once again here we see that homeopathic drugs can have negative organic affects. Controls were used and the sinusoidal curve that we see in many experiments of diverse measures is first noted here. On the Effect of Extremely Diluted (”Homeopathic”) Metal Salt Solutions on the Development and Growth of Tadpoles. Zeitschrift fur die Gesamte Experimentalle Medizin, 34, pp. 279-306.

1929 Vladimir Vondracek repeated Koenig’s work, and instead of lead and silver nitrate used gold chloride and a different species of frog. At 12c he also reported a significant increase in the mortality of tadpoles, and also obtained a repetition of the sinusoidal curve. The Mortality of Tadpoles in Ultra Solutions Zeitschrift fur die Gesamte Experimentelle Medizin. 66 pp. 533-538

Karl Koenig was born on the 25th of September 1902 in Vienna, Austria and died on the 27th of March 1966 in Überlingen at the Lake of Constance in Germany. Early in his life he developed a strong relationship to the values of Christianity and to questions regarding the issues of social life.

He published the results of his first research about the effects of homeopathic substances during the time as an assistant at the Vienna Institute for Embryology.

Soon he got to know followers of Rudolf Steiner, and during the first encounter with Ita Wegman she asked him to work as an assistant at the Klinisch-therapeutische Institut in Arlesheim in Switzerland. The co-founder of the institute was Rudolf Steiner.

It was also in Arlesheim where he started to give numerous lectures and courses, rich in content and covering a great variety of topics. As we can read in his ‘Autobiographic Fragment’ the roots of his deep inner connection and relationship to children with special needs are to be found here in Arlesheim.

A lecturing journey to Silesia lead to the marriage with Tilla (Maasberg) and his deep connection with the social and religious impulses of the Herrnhut brotherhood where she originated.

Because of his Jewish descent he had to give up his work as general practitioner and in the institute of Pilgramshain, which he had just founded with Albrecht Strohschein and which was one of the first curative educational centers based on Anthroposophy. Also the School for Social Work, founded with Emil Bock and himself in Eisenach in 1932, could not be continiued.

In 1936 he fled via Prague back to Vienna where he restarted his surgery. Already in 1938 he was as succsessful with his work as in Silesia. During this period he lead an anthroposophical study group with young people, many of them jewish.

Together with this group he soon had to flee again. They reached Scotland by different ways. The old “Camphill” estate, a former hiding place of the last knights of the “Order of the Temple” became the place of origin for a community based on curative education, which then developed during the postwar years as the Camphill Movement and soon was called for in many countries of the world.

For Karl Koenig the foundation of such a community was an attempt to realize suggestions Rudolf Steiner had made for for social life based on insight into spiritual reality. For him it was an endeavour to take up anew the true and deeper tasks that had been hindered by the destruction of Central Europe.