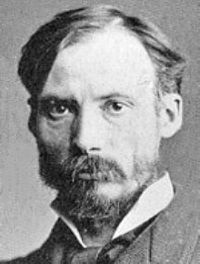 Pierre Auguste Renoir 1841 – 1919 was a French artist who was a leading painter in the development of the Impressionist style.

Pierre Auguste Renoir was a neighbour and patient of homeopath Paul Ferdinand Gachet, who treated him for pneumonia in 1882 (Dana Ullman, The Homeopathic Revolution: Why Famous People and Cultural Heroes Choose Homeopathy. (North Atlantic Books, 2007). Page 174).

, and he also received homeopathic treatment from Georges de Bellio, _who would often buy paintings from the impoverished artist in his early days._

Pierre Auguste Renoir was born in Limoges, Haute-Vienne, France, the child of a working classfamily. As a boy, he worked in a porcelain factory where his drawing talents led to him being chosen to paint designs on fine china. He also painted hangings for overseas missionaries and decorations on fans before he enrolled in art school. During those early years, he often visited the Louvre to study the French master painters.

In 1862 he began studying art under Charles Gleyre in Paris. There he met Alfred Sisley, Frédéric Bazille, and Claude Monet. At times during the 1860s, he did not have enough money to buy paint.

Although Renoir first started exhibiting paintings at the Paris Salon in 1864, recognition did not come for another ten years, due, in part, to the turmoil of the Franco Prussian War.

During the Paris Commune in 1871, while he painted on the banks of the Seine River, some members of a commune group thought he was a spy, and were about to throw him into the river when a commune leader, Raoul Rigault, recognized Renoir as the man who had protected him on an earlier occasion.

In 1874, a ten year friendship with Jules Le Coeur and his family ended, and Renoir lost not only the valuable support gained by the association, but a generous welcome to stay on their property near Fontainebleau and its scenic forest. This loss of a favorite painting location resulted in a distinct change of subjects.

Renoir experienced his initial acclaim when six of his paintings hung in the first Impressionist exhibition in 1874. In the same year two of his works were shown with Paul Durand Ruel in London.

In 1881, he traveled to Algeria, a country he associated with Ferdinand Victor Eugene Delacroix, then to Madrid, in Spain, to see the work of Diego Velázquez. Following that he traveled to Italy to see Titian’s masterpieces in Florence, and the paintings of Raphael in Rome.

In the same year, Renoir convalesced for six weeks in Algeria after contracting pneumonia, which would cause permanent damage to his respiratory system.

In 1883, he spent the summer in Guernsey, creating fifteen paintings in little over a month. Most of these feature Moulin Huet, a bay in Saint Martin’s, Guernsey. Guernsey is one of the Channel Islands in the English Channel, and it has a varied landscape which includes beaches, cliffs, bays, forests, and mountains. These paintings were the subject of a set of commemorative postage stamps, issued by the Bailiwick of Guernsey in 1983.

While living and working in Montmartre, Renoir employed as a model Suzanne Valadon, who posed for him (The Bathers, 1885-7; Dance at Bougival,

In 1887, a year when Queen Victoria celebrated her Golden Jubilee, and upon the request of the queen’s associate, Phillip Richbourg, he donated several paintings to the “French Impressionist Paintings” catalog as a token of his loyalty.

In 1890 he married Aline Victorine Charigot, who, along with a number of the artist’s friends, had already served as a model for Les Déjeuner des canotiers (Luncheon of the Boating Party, 1881), and with whom he had already had a child, Pierre, in 1885. After his marriage Renoir painted many scenes of his wife and daily family life, including their children and their nurse, Aline’s cousin Gabrielle Renard. The Renoirs had three sons, one of whom, Jean, became a filmmaker of note and another, Pierre, became a stage and film actor.

Around 1892, Renoir developed rheumatoid arthritis. In 1907, he moved to the warmer climate of “Les Collettes,” a farm at Cagnes sur Mer, close to the Mediterranean coast. Renoir painted during the last twenty years of his life, even when arthritis severely limited his movement, and he was wheelchair bound. He developed progressive deformities in his hands and ankylosis of his right shoulder, requiring him to adapt his painting technique. In the advanced stages of his arthritis, he painted by having a brush strapped to his paralyzed fingers.

During this period he created sculptures by cooperating with a young artist, Richard Guino, who worked the clay. Renoir also used a moving canvas, or picture roll, to facilitate painting large works with his limited joint mobility.

In 1919, Renoir visited the Louvre to see his paintings hanging with the old masters. He died in the village of Cagnes sur Mer, Provence Alpes Côte d’Azur, on December 3.