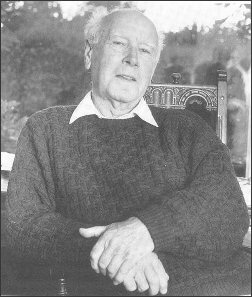 Many of the greatest homeopaths in Britain were born and educated in Scotland, even though they may have ‘made their mark’ south of the border.

George MacLeod, a graduate of Glasgow University, is one of the world’s foremost authorities on homeopathic treatment of animals. He is one of the few veterinary surgeons to use homeopathic medicines wholly and exclusively.

George MacLeod taught in John DaMonte’s study group, and he knew Thomas Maughan and Donald MacDonald Foubister. MacLeod was a great fan of Edward Bach, and he favoured the flower essences for use with animals.

A Dr. MacLeod was a subscriber to the monument of Samuel Hanemann in Germany in 1845.

Kenneth MacLeod was a student of William Henderson:

William Macleod was a St Andrews graduate of 1843 and became FRCPE the same year. He was a lecturer in the institutes of medicine at the Extra-academical School in Argyll Square, Edinburgh and a physician to the Royal Public Dispensary.

Later he practised in Yorkshire, and as a homeopathist crossed swords with James Young Simpson during the controversies of the 1850s…

Later, the Edinburgh Medico Chirurgical Society approved a motion (proposed by Professor Syme and seconded by James Young Simpson) ‘that William Henderson’s name be deleted from the list of members’. At the same meeting, in a night of the long knives, Dr MacDonald, Dr MacLeod and Charles Ransford were also expelled.