The Gibson Surname and Homeopathy

The Gibson surname has given us two jobbing homeopaths, and two Consulting Physicians at Glasgow Homeopathic Hospital.

Douglas Medlicott Gibson converted to homeopathy after a meeting with John Weir.

These studies of remedies, first published in the British Homoeopathic Journal over the period 1963-1977, combine the panorama of each remedy with a faithful description of the mental and physical symptoms it elicits from a sensitive prover. The whole remedy is indeed used to treat the whole patient…

After many years as a medical missionary in China he came to study homeopathy at the Royal London Homoeopathic Hospital, where he became first a Member and then a Fellow of the Faculty of Homoeopathy.

Douglas Medlicott Gibson wrote Studies of Homeopathic Remedies _(written with the encouragement of Llewelyn Ralph Twentyman), _First Aid Homeopathy_, _Some Observations on Homeopathy in Relations to Psychoneurosis_ _The British Journal of Homeopathy, 43 (3), Bone Tuberculosis Among Women and Children in Manchuria, Tuberculosis Prevention, Fear And Homeopathy. 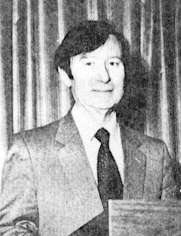 Robin Gordon Gibson’s Obituary is in Homeopathy in 2002. 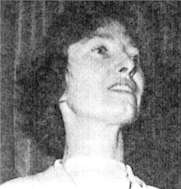 Sheila Lilian Marjory Gibson is still in practice. Her web entry is here, and she writes:

I graduated from the University of Glasgow in 1959 with an Honours B.Sc. in Biochemistry and again in 1962 with my M.B.Ch.B. degree, passed with honours and the class Gold Medal.

I researched aspects of lead poisoning for my Doctorate in medicine and was then a lecturer in Medical Genetics at the University of Glasgow before joining my husband Robin at the Glasgow Homeopathic Hospital to carry out research in Homeopathy and other Complementary medical techniques.

I obtained my MFHom degree from the Glasgow Homeopathic Hospital.

With Robin, I published studies showing the benefits of Homeopathy in rheumatoid arthritis and house dust allergy (which classically presents with asthma and eczema). We also published our research on the use of the New Zealand green-lipped mussel in both rheumatoid arthritis and osteo-arthritis, the effects of a wheat-free diet in chronic degenerative diseases and in particular in chronic fatigue syndrome, the detrimental effects of fluoride on the immune system and the benefits of neural therapy in multiple sclerosis.

During this time we explored and practised a number of other aspects of Complementary Medicine including psychotherapy, hypnosis and neurolinguistic programming (NLP); the Australian Bush Flower Essences; electro-acupuncture; Shiatsu; Reiki; cranio-sacral therapy and more recently Bi-Aura and computerised bio-resonance techniques.

I now run a part time private practice in which I employ most of the therapies which I have researched and explored, using whatever therapy seems to me to be the most appropriate approach for the particular patient.

Robin and Sheila Gibson wrote Homeopathy for Everyone, Salicylates and homeopathy in rheumatoid arthritis: preliminary observations British Journal of Clinical Pharmacology 6:391-395 with A D MacNeill, G H Gray, W C Dick, and W.Buchanan, The Place for Non Pharmaceutical Therapy in Chronic Rheumatoid Arthritis: A Critical Study of Homeopathy The British Homeopathic Journal 1980: 69: 121-133 with A D MacNeill,

J Gibson is listed in the Homeopathic Medical Directory of Great Britain and Ireland in 1871.