The Boyd Family and Homeopathy

The Boyd family contributed two famous homeopaths, a President of the Faculty of homeopathy, and a Consultant Radiologist at the Glasgow Homeopathic Hospital, and a Professor of Physiology at Glasgow University and recipient of the Zworykin Prize for Medical Electonics in 1962.

The Boyd family have contributed to the continuing success of homeopathy in the modern World.

Ian Alexander Boyd was a graduate of the University who was the first Buchanan Professor of Physiology, 1966 to 1987.

Boyd was the son of William Ernest Boyd, the radiologist and assistant physician at the Glasgow Homeopathic Hospital.

He graduated from the University MB, ChB in 1950 and then studied Physics and Pure and Applied Mathematics at the University of London, graduating BSc.

He used electronic methods to study the muscle spindle and the heart, and he was awarded the Zworykin Prize for Medical Electonics in 1962. 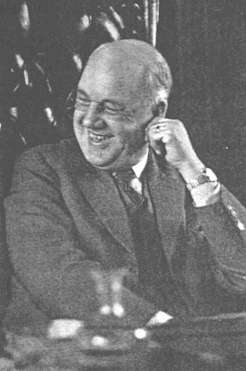 Boyd was the inventor of the Emanometer, and founder and first Director of the Boyd Medical Research Trust.

William Ernest Boyd is the father of Hamish William Boyd and Ian Alexander Boyd, and a colleague of W R McCrae,

Homeopathy in Scotland also has a long and very distinguished record. It has been practiced there from its very origins in the UK in the 1820s, and has enjoyed repeated flowerings, apparently quite independent of the tradition in England.

It has tended to be centred mainly in Glasgow. Many of the greatest homeopaths in Britain were born and educated in Scotland, even though they may have ‘made their mark’ south of the border.

In 1941 and 1942, William Ernest Boyd was the first person to definitively demonstrate that a homeopathic remedy at 30c dilution, mercury chloride, had a statisically significant effect upon diastase activity during the germination of plants.

This research was published in The British Journal of Homeopathy in 1954, and it is the basis of all research into homeopathy using plants. The Boyd Medical Research Trust was also influential in the field of electronic engineering.

William Ernest Boyd used the Emanometer to determine that homeopathic remedies fell into twelve groups, with specific relationships between them. Each person tended to remain within his/her particular group for life, and that if one remedy in that group didn’t seem to act curatively, then another remedy from within that group would complete the cure.

The Emanometer measured the energies in people’s tears, and William Ernest Boyd believed that the wrong remedy will imblance a patient’s energy.

Boyd was born in Glasgow, Scotland. During World War I he served as a Surgeon in the Royal Navy. Later he joined the Homeopathic Faculty in 1919. It was due to the influence of Robert Gibson Miller that he owed his initial knowledge and interest in homeopathy.

From 1920 onwards, he was Physician and Radiologist to the Glasgow Homeopathic Hospital. He was the founder and first Director of the Boyd Medical Research Trust Laboratories.

He was member of numerous learned societies, such as the Faraday Society, the Royal Philosophical Society, Glasgow; the Society of Physical Medicine - branch of the British Medical Association; the Institute of Radiology and the British Institute of Engineers.

He was a fellow of the Royal Society of Medicine, the Institute of Electronics and a Member of the Faculty of Homeopathy.

Between 1922 and August 1954, he contributed many papers on homeopathic or biochemical research to the British Homeopathic Journal. In 1936 he published a monograph entitled Low Potencies of Homeopathy.

Dr. Boyd proved by the experiments on his Emanometer beyond any shadow of a doubt that the presence of a power exists in the 30th potency of Mercuric Chloride. He thus vindicated the clinical insight of Samuel Hahnemann.

Samuel Hahnemann used the terms ‘Spiritual Vital Force’ and later ‘Dynamis’ to explain the phenomenon of cure based on the Law of Similars. The biophysical or dynamic state of the sick person should be similar to the dynamic influence produced by the drug on a healthy prover to neutralize the vital disorder.

Of course, the Law of Similars, as enunciated by Samuel Hahnemann, belonged to the biological sphere, and, therefore, could not satisfy the scientific minds who think in terms of physics and chemistry. It was Dr. Boyd who came forward to prove by experimental verification that the power released by drug is a kind of emanation which could be measured and applied.

Earlier, George Starr, Albert Abrams, Guy Beckley Stearns and others in USA were on this track. They found that a homeopathic remedy has palpable effects on sick people. They examined eye reflexes, percussion sounds, and the pulse to show the effects of the homeopathic remedy.

Dr. Boyd believed that there was some sort of emanation produced by homeopathically prepared drugs that acted only on the tissues to which each individual, and only on people to whom it was tuned.

William Ernest Boyd wrote The Emanometer Research and Homoeopathy, The Relationship of Certain Electro-physical Phenomena to Homeopathy, Research on the Low Potencies of Homeopathy, A Preliminary Communication Concerning the “electronic Reactions” of Abrams with Special Reference to the “emanometer” Technique of Boyd with Thomas Jeeves Horder and Albert Abrams, Biochemical and Biological Evidence of the Activity of High Potencies.