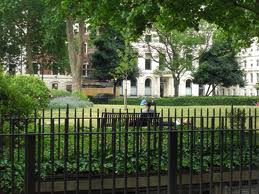 Edward Charles Chepmell practiced at 13 Maddox Street, Bond Street in 1851 and at 22 Henrietta Street, Cavendish Square, London in 1859. He also visited Paris in 1850, where he treated several cases, and in the same year, he attended the Homeopathic Congress in Cheltenham.

On 22.1.1852, The Homeopathic Times records a schism in the Hahnemann Hospital, caused by an advertisement placed for Clinical lecturers in the local newspapers, and the appointment of Paul Francois Curie andAmos Henriques.

These appointments led to the resignation of John Chapman, Edward Charles Chepmell, Joseph Hands and David Wilson. The grounds for contention were that the Hahnemann Hospital was founded to eliminate medical cliques, and to promote medical equality. It was felt that by awarding Paul Francois Curie andAmos Henriques the title of Clinical Lecturer and Professor, this rule was breached.

John Chapman, Edward Charles Chepmell, Joseph Hands and David Wilson felt strongly enough about the issue of medical cliques and elitism to resign, but the overwhelming feeling of the rest of the staff was in full support of these principles. Apparently, there had been some ill feeling inherited from the earlier establishment under William Leaf, and as Paul Francois Curie andAmos Henriques were not prepared to abandon their titles as Clinical lecturers, a schism occured.

Edward Charles Chepmell died while travelling in Florence in 1885 and his obituary is in The British Homeopathic Review _](http://books.google.com/books?id=KEdYAAAAMAAJ&q=Edward+Charles+Chepmell&dq=Edward+Charles+Chepmell&ei=JLjoSNaENIPytQO1zpD2Bg&pgis=1)and [_The Monthly Homeopathic Review in 1885. The Lancet also published his will and obituary in 1885.

Edward Charles Chepmell wrote A Domestic Homeopathy, Hints for the Practical Study of the Homeopathic Method, and many other articles and publications.

Harriet Chepmell ?a relative of Edward Charles Chepmell, - in 1850, Harriet used Charles William Luther’s book Allopathy and Homeopathy or the usual medicine and the Hahnemannian doctrine__ _to cure herself of calomel poisoning which ‘caused a sensation on the island of Guernsey (where Edward Chepmell’s colleague John Ozanne practiced) (see Rhoda Ui Chonaire in her article _The Luther Legacy: homeopathy in Ireland in the 19th Century in the The Journal of the Irish Society of Homeopaths Anniversary Issue October 2010 pages 17 – 24).

H L M Chepmell is mentioned in The concluding task of the disciples of homeopathy in 1849. (?Havilland Le Mesurier Chepmell?)