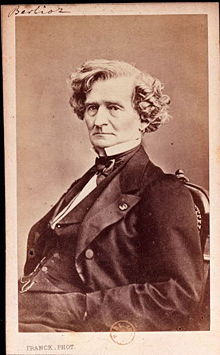 Berlioz took homeopathic remedies to ease his neurasthenia, and he also tried electrotherapy.

Berlioz was a St. Simonist.

Berlioz was born in France at La Côte-Saint-André in the département of Isère, near Lyon. His father, a respecte provincial physician and scholar, was responsible for much of the young Berlioz’s education.