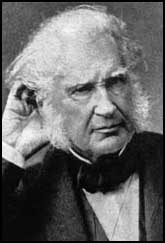 Samuel Courtauld 1793 - 1881 was an American born industrialist and Unitarian, chiefly remembered as the driving force behind the early 19th century growth of the Courtauld textile business in England.

The Courtauld family were descendants of Huguenots (French Protestant) refugees who ran a successful business in London as gold and silversmiths, before moving to America in the late 18th century.

Courtauld was the eldest son of Unitarian George Courtauld. Soon after Samuel’s birth in Albany, New York, the family moved to England in 1794 and George established a textile business in north Essex at Pebmarsh – George Courtauld & Co – with his cousin Peter Taylor (1790-1850). By the time he was 17, Samuel Courtauld was managing his own silk mill in Braintree, Essex.

In 1818, George Courtauld returned to America, leaving Samuel Courtauld and Taylor to expand the business – now known as Courtauld & Taylor – by building further mills in Halstead and Bocking. In 1825 Courtauld and Taylor installed a steam engine at the Bocking mill, and then installed power looms at Halstead. The mills, however, remained heavily dependent on young female workers – in 1838, over 92% of his workforce was female.

Courtauld was strongly interested in politics. A supporter of the Whigs, he supported the 1832Reform Act, was involved in the Nonconformist campaign against the paying of church rates, and was an active supporter (particularly financially) of the Anti Corn Law League.

By this time, Courtauld was, by any estimate, a very wealthy man but was also suffering from deafness. He planned to spend more time on his country estate Gosfield Hall near Halstead, but could not convince himself to retire, and continued to play an active role in the company until just before he died in March 1881.

His great nephew Samuel Courtauld (1876-1947) became chairman of the Courtauld company in 1921 but is chiefly remembered today as the founder of the Courtauld Institute of Art in London. Another great nephew, Stephen Courtauld, was also an arts patron and restored Eltham Palace in south east London.