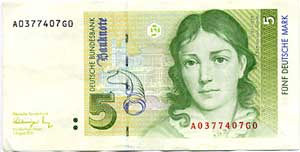 Bettina von Arnim 1785-1859 was closely related to the German writers Clemens Brentano and Ludwig Achim von Arnim: the first was her brother, the second her husband. Her daughter Gisela von Arnim became a writer as well.

Bettina von Arnim was a patient of Samuel Hahnemann, obtaining the remedy cuprum from him in 1831 to cure her of cholera. She was also a friend of Gustav Wilhelm Gross, who told Samuel Hahnemann that ’she lives and works for homeopathy’.

Bettina von Arnim lived in Berlin with her sons. She had been involved with homeopathy since 1825 when she encouraged her brother to consult Samuel Hahnemann in Kothen. Her husband ordered a copy of Samuel Hahnemann’s Organon, which she read in May 1829 and immediately postponed her daughter’s vaccination.

Bettina von Arnim became an earnest student and patient of homeopathy, and when her grandson Achin 1848 - 1891 became ill (probably with measles), she prescribed for him herself, her son Freimund Johann  von Arnim 1812 - 1863 reporting the symptoms to her, she prescribed the remedy silica.

Bettina von Arnim became quite skilled, especially in observing the efffects of aggravation, suppression and the results of homeopathic treatment in the people around her, and she is well enough educated in medical matters that she is well able to protect her family from ineffective cures toted around by door to door peddlers, certain in the knowledge that she is part of a new science of homeopathy.

Thus did Bettina von Arnim construct a family network to promulgate homeopathy, supplemented by her propaganda for homeopathy through her writings.

The Grimm Brothers were sponsored by Friedrich Carl von Savigny, who was married to Kunigunde Brentano, the sister of Clemens Brentano and Bettina von Arnim

In America in 1842, Margaret Fuller translated Bettina von Arnim’s Goethe’s Correspondence with a Child, and her name and influence became part of the swirling social circle of homeopathic supporters there:

Margaret Fuller was also part of the intelligentsia who gathered around James T Fields, one of America’s most famous publisher of American writers, and a partner in Ticknor and Fields, had a bookstore known as Parnassus Corner on Old Corner.

Margaret Fuller would also have known all of the homeopaths and homeopathic supporters who frequented Elizabeth Palmer Peabody’s Foreign Library.

Minna Wesselhoeft and Margaret Fuller were the two translators of the Correspondence of Fraulein Gunderode and Bettina von Arnim 1861.

A little woman, about sixty. She must once have been handsome; her face is full of expression, her smile beautiful. Hand quite long, only the nails were long and dirty; her attire shabby, the room a little disarranged… 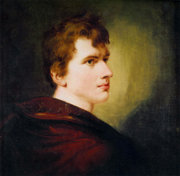 Clemens Brentano, or Klemens Brentano 1778 – 1842 was a German poet and novelist. He was born in Ehrenbreitstein, near Koblenz, Germany. 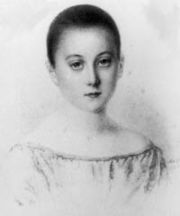 Gisela was the youngest child of Achim von Arnim and Bettina von Arnim. She was not formally educated, being taught only by her sisters.

In 1859, she married Germanist and art historian Herman Grimm, a son of Wilhelm Grimm.

Elizabeth von Arnim 1866 – 1941 born Mary Annette Beauchamp, was a British novelist who had an affair with Herbert George Wells.