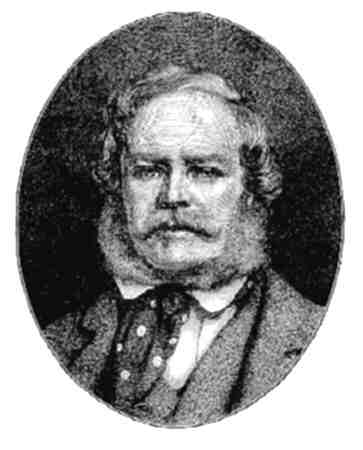 Edwin Henry Landseer RA 1802 - 1873 was an English painter, well known for his paintings of animals - particularly horses, dogs and stags. The best known of Landseer’s works, however, are sculptures: the lions in Trafalgar Square, London.

Edwin Henry Landseer was an advocate and supporter of homeopathy (Anon, The journal of the British Homeopathic Society, Volume 9, (1882). Page 97), and he was a patient of Frederick Hervey Foster Quin (http://groups.google.com/group/alt.health/browse_thread/thread/9086b56aad29c969/c7f801f22e0e6e3f?lnk=raot&pli=1, A History of Homeopathy in Britain by Peter Morrell, Honorary Research Associate in the History of Medicine, Staffordshire University, UK) and a friend of William Hering.

Edwin Henry Landseer was a friend of Robert Browning, Charles Dickens, and John Everett Millais 1st Baronet, and he was interested in spiritualism.

Edwin Henry Landseer was a notable figure in 19th century British art, and his works can be found in Tate Britain, the Victoria and Albert Museum, Kenwood House and the Wallace Collection in London. He also collaborated with fellow painter Frederick Richard Lee.

Edwin Henry Landseer’s popularity in Victorian Britain was considerable. He was widely regarded as one of the foremost animal painters of his time, and reproductions of his works were commonly found in middle-class homes.

Yet his appeal crossed class boundaries, for Landseer was quite popular with the British aristocracy as well, including Queen Victoria, who commissioned numerous portraits of her family (and pets) from the artist.

Landseer was particularly associated with Scotland and the Scottish Highlands, which provided the subjects (both human and animal) for many of his important paintings, including his early successes The Hunting of Chevy Chase (1825-1826) and An Illicit Whiskey Still in the Highlands (1826-1829), and his more mature achievements such as the majestic stag study Monarch of the Glen (1851) and Rent Day in the Wilderness (1855-1868).

So popular and influential were Landseer’s paintings of dogs in the service of humanity that the name Landseer came to be the official name for the variety of Newfoundland dog that, rather than being almost entirely black, features a mix of both black and white; it was this variety Landseer popularized in his paintings celebrating Newfoundlands as water rescue dogs, most notably Off to the Rescue (1827), A Distinguished Member of the Humane Society (1838), and Saved (1856), which combines Victorian constructions of childhood with the appealing idea of noble animals devoted to humankind — a devotion indicated, in Saved, by the fact the dog has rescued the child without any apparent human direction or intervention.

In his late 30s Landseer suffered what is now believed to be a substantial nervous breakdown, and for the rest of his life was troubled by recurring bouts of melancholy, hypchondria, and depression, often aggravated by alcohol and drug use. In the last few years of his life Landseer’s mental stability was problematic, and at the request of his family he was declared insane in July 1872.

Landseer’s death on 1 October 1873 was widely marked in England: shops and houses lowered their blinds, flags flew at half-staff, his bronze lions at the base of Nelson’s column were hung with wreaths, and large crowds lined the streets to watch his funeral cortege pass (Ormond, Monarch 135). Landseer was buried in St Paul’s Cathedral, London.