The Bronte Sisters and Homeopathy

The Bronte sisters became aware of homeopathy through their publishers, and they read homeopathic books and Charlotte was friendly with prominent homeopaths and homeopathic supporters.

The Bronte family were friends of Abraham Dixon and his family, 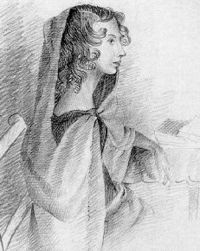 Anne Bronte was an advocate of homeopathy.

**Anne Bronte** 1820 – 1849 was a British novelist and poet, the youngest member of the Brontë literary family.

The daughter of a poor Irish clergyman in the Church of England, Anne Brontë lived most of her life with her family at the remote village of Haworth on the Yorkshire moors.

For a couple of years she went to a boarding school. At the age of nineteen, she left Haworth working as a governess between 1839 and 1845.

After leaving her teaching position, she fulfilled her literary ambitions. She wrote a volume of poetry with her sisters (Poems by Currer, Ellis and Acton Bell,

Anne’s creative life was cut short with her death of pulmonary tuberculosis when she was only twenty-nine years old. 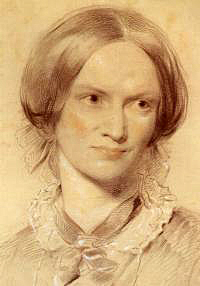 **Charlotte Bronte **1816 – 1855 was a British novelist, the eldest of the three famous Brontë sisters whose novels have become standards of English literature.

Charlotte Brontë, who used the pen name Currer Bell, is best known for Jane Eyre, one of the most famous of English novels.

Laurence Alma Tadema [married the sister of \*William Smith Williams’ daughter-in-law in 1871](http://64.233.183.104/search?q=cache:-25Qi0AWs18J:www.ics.mq.edu.au/~chris/bronte/news18.pdf+bronte+in+india&hl=en&ct=clnk&cd=16&gl=uk&client=firefox-a). She was *Laura Epps the daughter of *George Napoleon Epps the half-brother of homeopath ***John Epps whom Charlotte Bront? consulted about homeopathic help for Emily.

Charlotte was an advocate of homeopathy and she tried to persuade Emily to try it. In desperation, Charlotte wrote to ***John Epps, a homeopathic physician for advice about Emily, who tragically refused all medications at her end.

December 9th 1848 letter to Ellen Nussey “I know it would be useless to consult Drs. Elliotson (John Elliotson) or Forbes (John Forbes): my sister would not see the most skillful physician in England if he were brought to her just now, nor would she follow his prescription. With regard to Homeopathy, she has at least admitted that it cannot do much harm, perhaps if I get the medicines she may consent to try them; at any rate, the experiment shall be made…” -Charlotte Bronte

Charlotte and her father were now left alone. In view of the enormous success of Jane Eyre, she was persuaded by her publisher to visit London occasionally, where she revealed her true identity and began to move in a more exalted social circle, becoming friends with *Harriet Martineau, Elizabeth Cleghorn Gaskell, *William Makepeace Thackeray, *George Eliot and *George Henry Lewes. Her book had sparked a movement in regards to feminism in literature. 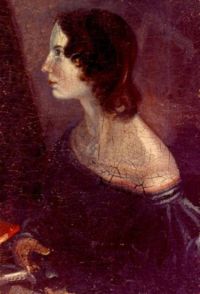 Emily Jane Bronte 1818 – 1848 was a British novelist and poet, now best remembered for her only novel Wuthering Heights, a classic of English literature. Emily was the second eldest of the three surviving Brontë sisters, being younger than Charlotte and older than Anne. She published under the masculine pen name Ellis Bell.