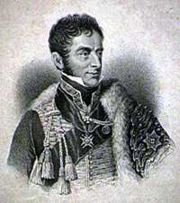 Field Marshal Henry William Paget, 1st Marquess of Anglesey KG GCB GCH 1768 – 1854 was a British military leader and politician, now chiefly remembered for leading the charge of the heavy cavalry against d’Erlon’s column during the Battle of Waterloo.

Henry William Paget was the Vice President of the London Homeopathic Hospital, and he was a patient of Hugh Cameron, Samuel Hahnemann, Giuseppe Mauro, and Frederick Hervey Foster Quin, and a friend of Charles Mansfield Clarke 1st Baronet, Charles Locock 1st Baronet,

The fact that this aristocratic patronage of homeopathy in the UK extended well into the 1940’s, and beyond, can be easily demonstrated.

In the Homeopathic Medical Directories (see British and Foreign Homeopathic Directory compiled by Frederick Hervey Foster Quin and George Atkin) there are lists of patrons of the dispensaries and hospitals.

Henry William Paget was badly injured in the Battle of Waterloo in 1815. His leg was hit by a cannon shot and required amputation. Paget suffered terrible pain in this leg for twenty one years until he was treated by Samuel Hahnemann in 1836.

Lord Uxbridge’s leg was shattered by a grape-shot at the Battle of Waterloo and removed by a surgeon. The amputated limb went on to lead a somewhat macabre after-life as a tourist attraction in the village of Waterloo in Belgium, where it had been removed and interred.

Five days later, the Prince Regent created him Marquess of Anglesey and made him a G.C.B., among other decorations from the allied sovereigns. A 27m high monument to his heroism (designed by Thomas Harrison) was erected at Llanfair PG on Anglesey, close to his country retreat at Plas Newydd, in 1816. A separate monument to his leg was apparently erected at Waterloo.

Agnes Paget ?1810 - 1845, daughter of of Henry William Paget, was married to George Byng 2nd Earl of Strafford, and their son George Henry Charles Byng 3rd Earl of Strafford asked David Wilson to sponsor beds at St. George’s Hospital in return for conducting clinical trials into homeopathy at that hospital - an offer which was refused. 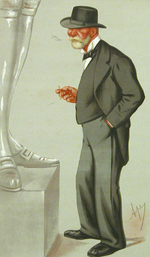 Admiral **Lord Clarence Edward Paget** **(1811-1895) *- son of Henry William Paget appears in [The British and Foreign Homœopathic Medical Directory and Record](http://books.google.com/books?id=iBU4AAAAMAAJ&pg=PA55&dq=Paget+homeopath&lr=&ei=_TBtSNuXA4fKjgHRyPWLCA) in 1855 and [The London and Provincial Homœopathic Medical Directory](http://books.google.com/books?id=WdkNAAAAQAAJ&pg=PA121&dq=Paget+homeopath&lr=&ei=_TBtSNuXA4fKjgHRyPWLCA) in 1866 and [The Homeopathic Medical Directory of the Great Britain and Ireland*](http://books.google.com/books?lr=&ei=_TBtSNuXA4fKjgHRyPWLCA&id=7tUNAAAAQAAJ&dq=Paget+homeopath&q=Paget&pgis=1#search) in 1872:

Here is a small anecdote, related to Frederick Hervey Foster Quin. When Dr. John Ayrton Paris (1785-1856), then President of the Royal College of Physicians, noted seeing Frederick Hervey Foster Quin’s name in the list of candidates to the Athenaeum Club in London, he remarked that they had come to a sorry state if ‘quacks and adventurers’ were to be proposed as members.

Lord Clarence Paget, an officer in the Guards, visited some days later Paris. Lord Paget requested him either to provide a written apology for his language concerning Frederick Hervey Foster Quin or else justify it with pistols.

John Ayrton Paris was forced, not willing to try Lord Clarence Paget’s skills in shooting, to sign a retraction of his views, and an apology.

In 1858, Caroline Duchess of Richmond was a Patron of the London Homeopathic Hospital,

Henry Paget junior’s daughter Lady Constance Henrietta Countess of Winchilsea, was a sponsor of homeopathy, attending the Fancy Bazaar on 9th - 10th June 1858 in aid of the London Homeopathic Hospital, 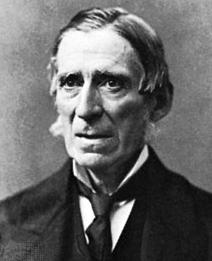 Sir James Paget 1814 – 1899 was a British surgeon and pathologist who is best remembered for Paget’s disease and who is considered, together with Rudolf Ludwig Karl Virchow, as one of the founders of scientific medical pathology.