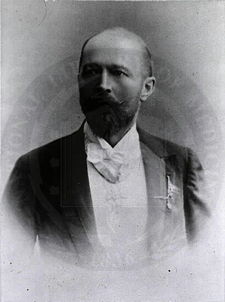 Behring was forthcoming about the contribution homeopathy made to the development of immunology and fulsome in his praise of Samuel Hahnemann.

From http://drnancymalik.wordpress.com/2012/06/05/nobel-prize-winners-on-homeopathy/ ‘… In 1892 Behring actually experimented with serial (homeopathic) dilutions and found paradoxically enhanced immunogenic activity, but he was advised to suppress this experiment due to the aid and comfort it would provide to homeopaths. Only after he won the Nobel Prize did he feel comfortable in making public these experiments. (Ref: Coulter, H.L, Divided Legacy: A History of the Schism in Medical Thought, Volume IV: Twentieth-Century Medicine: The Bacteriological Era. The North Atlantic Books, Berkley, 1994, p. 97). Behring broke from orthodox medical tradition by recognizing the value of the homeopathic law of similar in 1905 (Ref: Dana Ullman http://bit.ly/HdOryq) He asserted that vaccination is, in part, derived from the homeopathic principle of similars.“In spite of all scientific speculations and experiments regarding smallpox vaccination, Jenner’s discovery remained an erratic blocking medicine, till the biochemically thinking Pasteur, devoid of all medical classroom knowledge, traced the origin of this therapeutic block to a principle which cannot better be characterized than by Hahnemann’s word: homeopathic. Indeed, what else causes the epidemiological immunity in sheep, vaccinated against anthrax than the influence previously exerted by a virus, similar in character to that of the fatal anthrax virus? And by what technical term could we more appropriately speak of this influence, exerted by a similar virus than by Hahnemann’s word “homeopathy”? I am touching here upon a subject anathematized till very recently by medical penalty: but if I am to present these problems in historical illumination, dogmatic imprecations must not deter me.” (Ref: Behring, A. Emil von, Moderne phthisiogenetische und phthisoitherapeutische: Probleme in historischer Beleuchtung. Margurg: Selbsteverlag des Verfassers, 1905)…’

Harris Livermore Coulter page 89: Daniel Elmer Salmon and Theobald Smith 1859 - 1914 demonstrated that killed bacteria were as effective as live bacteria in conferring immunity. Henry Sewall 1855 - 1936 demonstrated that pigeons could be immunised against rattlesnake venom via ‘repeated exposure to subliminal doses of the venom’, mimicking Constantine Hering five decades earlier - all homeopathic concepts which homeopaths had been using for decades. Henry Sewall was working at the University of Michigan and had access to Constantine Hering’s publications there, and as Henry Sewall spoke fluent German, it would not have been difficult for him to consult these documents.

Harris Livermore Coulter page 90: Emil Behring put all of the above together using the vitalist ideas of Hippocrates and Thomas Sydenham 1624 - 1689, understanding that ‘symptoms are signs of (the body’s vital force’s) power to overcome the morbific cause’.

Harris Livermore Coulter page 91: The physician must observe these symptoms carefully, intervening only when necessary. The critical days of ‘pepsis’ (Greek ???? meaning digestion or cooking) must be allowed to complete its process to prevent the acute disease becoming a chronic disease.

Harris Livermore Coulter page 92: Behring proved it was the blood which neutralised bacteria. Antitoxin for diphtheria and tetanus proved sucessful.

Harris Livermore Coulter page 96: Behring wrote: ’Samuel Hahnemann was right when he took his starting point in the symptoms of patients. In the similia similibus principle modern etiology therapy is at one with homeopathy’. The idea that ‘the sick person reacts differently to medications than the healthy one… also played a role in Samuel Hahnemann’s thinking’.

Harris Livermore Coulter page 97: Behring acknowledged that the best medicines are poisons, and since antitoxin works by ‘stimulating a reaction, he urged that it be employed in very small, even infinitesimal doses’. In 1905, Behring admitted that colleagues remonstrated with him not to make such remarks public ‘since it was grist for the mill of homeopathy’.

Behring concludes ‘If I were confronted with a hitherto incurable disease and could see no way to treat it other than with homeopathy, I can assure you that I would not be deterred from following this course by dogmatic considerations’.

Emil von Behring saw the truth behind homeopathy, for what was opsonic treatment if it was not homoeopathic? Von Behring also commented that antitoxine as well as variolin ”acts along homeopathic lines.”

Emil von Behring also said that ”only the road of homeopathy led to my goal” for which he was awarded credit by the Chicago Hahnemann Hospital.

Emil von Behring contrasted Hahnemann’s ideals with those of Louis Pasteur and says that ”homeopathy carries all before it” and he tailored his immunising doses along homeopathic lines.

The mechanisms of action of my anti-toxin therapy are still unclear, although many authors say that the diphtheria and tetanus anti-toxins can be clearly understood on the basis of Ehrlich’s lateral chain theory. (…) Despite all of the scientific speculations and experiments of anti-smallpox vaccinations,

Jenner’s discovery remained a relatively isolated episode in medicine until Louis Pasteur connected its origin with a principle that cannot be better characterized than by Samuel Hahnemann’s word: homeopathic.

What else causes epidemiological immunity in a sheep vaccinated against anthrax, if not the influence previously exercised by a micro-organism having similar characteristics to those of fatal anthrax?

And what technical term appropriately defines this influence exercised by a similar micro-organism if not the word of Samuel Hahnemann: homeopathy? [Behring, Beitrage zur Experimentellen Therapie, H. 2, 26, 1906, cited in (2), p. 125]