The Mott Surname and Homeopathy

The Mott surname gave us three jobbing homeopaths; the first American feminist who was also a practicing homeopath; and a famous orthodox surgeon who consulted homeopaths for his difficult cases.

Albert G Mott mentioned in the Directory of Homeopathic Physicians 1925 and in American Homeopathy in the World War in 1923 from Yonkers, NY Commissioned First Lieutenant January 7, 191, Promoted to Captain May 8, 1919.

Lucretia Coffin Mott 1793 - 1880 was an American Quaker minister, abolitionist, social reformer and proponent of women’s rights. She is credited as the first American ”feminist” in the early 1800s but was, more accurately, the initiator of women’s political advocacy.

Lucretia and her husband were practicing eclectic physicians, and during the 1830’s when Harriet Keziah Hunt’s sister Sarah Hunt became desperately ill, and no orthodox doctor could cure her, the two sisters began studying with an (English?) couple called Mott who did finally manage to cure her. Harriet recalls the prejudice they suffered ‘employing a quack’ but reports how tired she was of suffering under ‘regulars’, orthodox doctors and ‘how useless it would be to die because of medical etiquette’. Ms. and Mr. Mott soon diagnosed ‘consumption’ (a tubercular illness) in Sarah and set about her cure. continue reading:

Luther A Mott mentioned in the Directory of Homeopathic Physicians 1925 and in History of Homoeopathy and Its Institutions in America in 1905.

Thomas Mott mentioned in the History of the Homeopathic Medical College of Pennsylvania in 1898. 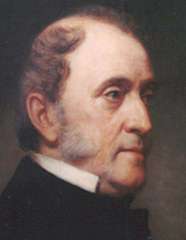 Clemence Lozier had a high standing in her profession and was often called in consultation by the leading physicians of her day, including Dr. James Marion Sims, Dr. Carnochan, Dr. Jacoby, Dr. Valentine Mott, Dr. Carrol Dunham (Teacher at New York Homeopathic Medical College) (She was a cousin of Carrol Dunham.) and a host of others.

Valentine Mott, in whose memory the Valentine Mott Medal was given each year to the graduating student having the best notes on clinical and operative surgery, was one of the pioneer teachers and surgeons of America.

He was born at Glen Cove, Oyster Bay, Long Island, on August 20, 1785. His father, Dr. Henry Mott, was a native of Hempstead, L.I. who practiced in Hempstead and New York City for many years.

Valentine was privately tutored until 1804 when he entered Columbia College, Where he attended a full course of medical lectures. Meanwhile he studied medicine in the office of a relative, Dr. Valentine Seaman.

He graduated in 1806 and went almost immediately to Europe for further study. There was at that time practically on opportunity for acquiring accurate information and clinical experience in this country.

On his return to American in 1809 he was made Professor of Surgery at Columbia College, which was merged with College of Physicians and Surgeons in 1813. He continued as Professor of Surgery until 1826, when he resigned to found with Drs. Hosack, Mitchell, Francis and others the ill fated Rutgers Medical College. This new institution, in spite of the presence on its teaching staff of the best medical talent in New York, continued in existence only four years.

Dr. Mott, however, continued in his brilliant surgical career, and at his death on April 26th, 1865, left a name and reputation that will always be remembered in the history of American Surgery.

Valentine Mott was born at Glen Cove, on Long Island, on the 20th of August, 1785. His father, Dr. Henry Mott, was an eminent practitioner in the city of New York, where he died in 1840, at the age of eighty-three.

Valentine Mott was carefully educated by private tutors until he reached the age of nineteen, when he entered Columbia College, New York, as a medical student, and at the same time became a private medical pupil of his kinsman, Dr. Valentine Seaman.

At the age of twenty-one he graduated with the degree of M.D.; but feeling that he had not acquired as good a medical education as the schools of the Old World could afford, he sailed for Europe in 1806, within a few weeks after his graduation at Columbia College.

Proceeding to London, he was for more than a year a regular attendant upon St. Thomas‘, Bartholomew’s, and Guy’s hospitals, where he conducted his clinical studies under the direction of Abernethy, Sir Charles Bell, and Sir Astley Cooper. He chose Sir Astley Cooper as his private instructor, and became one of his favorite pupils; and also attended the lectures of Currie and Haighton.

From London he went to Edinburgh, where he attended the lectures of Hope, Playfair, and Gregory, as well as the prelections of Dugald Stewart. From Edinburgh he went to Paris, and completed his studies in the great hospitals of that city.

He gave evidence at an early day of his great surgical abilities. He was indeed a born surgeon, possessing in a remarkable degree that peculiar adaptation to this branch of his profession, without which no amount of study can make a great operator.

While a student in the Old World, he performed leading operations with a skill and natural readiness which astonished his instructors as much as they delighted them. He was possessed of a firmness and dexterity of hand, a calm, cool brain, a quick, unfailing eye, a calmness of nerve, a strength of will, and a physical endurance which were Nature’s gifts to him, and which rendered him a great surgeon even before he had received his diploma.

He did not trust to these natural gifts alone, however, but applied himself to the theory of his profession with a determination and eagerness which nothing could daunt. He was an enthusiast in his studies, and soon became known as the most profoundly-learned young physician of his day.

As he advanced in life, he maintained his reputation, keeping up his studies to the last. The great men under whom he studied abroad were delighted with him, and Sir Astley Cooper was loud in his praise. He exhibited so much skill as an operator that he was often called upon to perform operations which the professors would never have dreamed of intrusting to any one else, and he went through each trial of this kind with a readiness and precision which few even of his instructors excelled.

His reputation was unusually flattering to one who had not yet entered upon the practice of his profession, and upon his return to the United States, in 1809, he was met with an offer of the Chair of Surgery in Columbia College, his alma mater. He promptly accepted the position, and held it until 1813, when the medical department of Columbia College was merged in the College of Physicians and Surgeons.

He was at once called to the same chair in the new college, and occupied it until 1826. In that year he resigned his place in the faculty, in consequence of a misunderstanding between the professors and the trustees of the college on the principles of college government.

Withdrawing entirely from the school, he united with Drs. Hosack, Mitchell, Francis, and several others, in founding the Rutgers Medical College. This college, after a short career of four years, was compelled by the Legislature to discontinue its operations, in consequence of an alleged invalidity in its charter.

The science of Relative Anatomy is of the highest importance to the surgeon, and of this science Dr. Mott is generally regarded as the author.

He held his position in the University for twenty years, and in 1860, after a period of fifty years spent in the active duties of his professorship, retired from the immediate discharge of them, and was made Professor Emeritus, in which capacity he occasionally lectured to the classes during each of the remaining years of his life.

As a professor and teacher of surgical science Dr. Mott won a brilliant reputation, and was considered one of the most thoroughly successful instructors in the Union. He had the power of winning the attention of his pupils at the opening of his lectures and of retaining it until the close.

He made even the most difficult operations so clear and simple in his lectures that the dullest intellects could comprehend them; and his system of practical demonstration of his subjects was vastly superior to any thing that had ever been seen in America.

He was the first to introduce into this country the system of delivering clinical lectures, or lectures at the bedside of the patient, whose ailments were operated upon during the course of his remarks. This system is naturally the most repugnant to the patient, but its advantages to the student are so great that they outweigh all other considerations.

Other professors had shrunk from subjecting their patients to such an ordeal, but Dr. Mott had seen enough, during his attendance upon such lectures abroad, to satisfy him that it was the only method by which a thorough knowledge of the profession of surgery could be imparted, and immediately upon establishing himself in this country he introduced it.

He met with opposition at first, but he gradually overcame it, and made the advantages of his system so apparent to all that at length the opposition entirely ceased.

The greatest difficulty to which American medical schools have always been subject has been the almost utter impossibility of procuring dead bodies for dissection. It was this want that compelled Dr. Mott, as it has compelled so many others, to seek a practical education in Europe; and when he came back to the college as professor, he was met by the same drawback to thorough instruction.

The law forbade the taking of dead bodies for dissection, under severe penalties. If a student was ever found in possession of a limb, he was liable to fine and imprisonment; and popular sentiment was so strong against the practice of dissection that those who engaged in it ran serious risk of incurring violence at the hands of the mob.

Dr. Mott was often driven to desperate expedients in the procuring of subjects. He was fond of relating one of his adventures of this kind, which will show the reader how he was enabled to carry on his lectures.