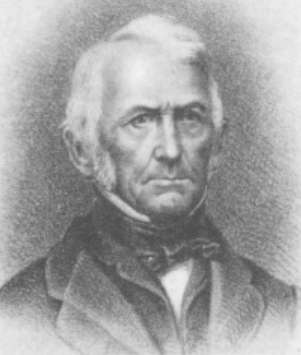 Federal Vanderburgh was an associate of Hans Burch Gram.

In 1837, Federal successfully treated the wife of George Herbert Taylor, a water cure proprietor who later became a doctor and adherent of the Swedish Movement System. George Herbert Taylor’s brother Charles Fayette Taylor who also worked with his brother at the Water Cure became an Orthopaedic Surgeon who went on to study in London under homeopath Mathias Roth and was also an adherent of the Swedish Movement System.

The doctrine of homœopathy first gained a foothold in Connecticut in 1837, when Dr. Federal Vanderburgh on a social visit to New Milford was called to professionally attend the wife of an old school physician.

This was the beginning of the new system in the region under consideration, and the immediate results of Vanderburgh’s treatment was the recovery of his patient and the conversion of her husband to the teachings and practice of Hahnemann, which previous to that time he had ridiculed.

As evidence of the subsequent growth of the homœopathic system in the state it may be said that in 1857, twenty years after Vanderburgh’s missionary effort there, forty-two physicians of that school were in practice.

In 1870 the number had increased to sixty-three, in 1875 to eighty-four, in 1882 to one hundred and nineteen, and in 1904 to one hundred and fifty-three ; and today there is no county and hardly a single town that has not at least one homœopathic physician.

And this is not all ; in less than fifteen years after Vanderburgh’s first cure, the hardly more than two score homœopathic practitioners took steps to organize their forces for mutual protection and advantage and proceeded to form a state medical society…

As has been stated, the first homœopathic prescription in Connecticut was made by Dr. Federal Vanderburgh. In 1837 Dr. George Taylor’s wife was threatened with consumption, and her husband and other physicians had prescribed remedies without relief.

About that time Vanderburgh, an old friend of Dr. Taylor’s, visited New Milford, and learning of the sickness of Mrs. Taylor, proposed prescribing homœopathically for her. Dr. Taylor, an allopath, at last consented to this, and contrary to his expectation, his wife improved and eventually was restored to health.

Dr. Taylor then began to investigate homœopathy and to test it until about 1839 or 1840, when he became a convert to its practice.

Federal Vanderburgh of New York city, was born at Beekman, Dutchess county, N. Y., in 1788. In 1807, at the age of nineteen, he went to New York, where, after following two courses of lectures, he commenced to practice.

His health failing, he removed to Geneva, N. Y., where he remained ten years. He then relinquished his practice to Dr. Martyn Paine (allopath), of Montreal, and, returning to New York city, soon found himself in so large a practice that Dr. Paine resolved to follow him.

He was called in to attend on a gentleman in Pearl street, who had a deformed toe, and suggested an operation, which the patient declined, without the sanction of Dr. Valentine Mott. The next day he met the gentleman walking on the street with ease, and, on questioning him, found that he had been cured by some little pellets administered by Dr. Hans Burch Gram.

He now studied homœopathy, becoming a convert to its doctrines, which he practiced ever afterwards, though the date of his adoption of the system is not known.

He was the author of a few pamphlets on homœopathy, and, some years since, published a work entitled ”_Geometry of Vital Forces_.”

He died at Rhinebeck, after residing there for several years, January 23d, 1868, regretted by all who knew him.

Federal Vanderburgh, the seventeenth of a family of nineteen children (his father having been married twice), was born in the Town of Beekman, County of Dutchess, and State of New York, on the 11 th day of May, 1788.

As the orthography of the name would imply, he came of Low Dutch stock, by people of which nationality, indeed, a large portion of this county was originally settled.

His early education was received in the common schools of that day, in which were taught only the simplest elementary branches.

By dint of self tuition, aided by strict application, he acquired a sufficient knowledge of the Latin language to enable him in after years to prosecute his medical studies with facility.

At the age of 17 he entered himself as a student of medicine with Dr. Wright, a celebrated physician of New Milford, Connecticut. Having remained here for a short time, he removed to the City of New York, the better to enjoy the advantages afforded by hospitals, the lectures of professors in medical colleges, etc.

In the city he entered the office of the late Stephen (?) Smith, M. D., a leading physician of’ that day. Going through the usual curriculum of studies he graduated before he was 21. His manly appearance, (his height over six feet, with the fact that he was well proportioned,) never suggested a doubt to the professors as to his age.

During- his pupilage he was subject to attacks of pulmonary haemorrhage that threatened his life.

They were believed to be dependent upon cardiac obstruction by some, and by others to be purely of a tubercular origin. Be the case as it might, he never suffered it to cast down his spirits for a single moment.

That indomitable will which characterized the man buoyed him up. Marrying an estimable lady, Miss Hester Orinda Boardman, of New Milford, Ct., he soon removed to Geneva, in this State, then constituting a part of the “Great West.” This was in 1812 or 1813.

The climate of that place was believed to be conducive to health in those having a proclivity to pulmonary disease much as we now send patients to Minnesota and the Lake Superior regions, for their recovery.

Whatever the influences that operated the doctor became robust, and until he was 72 or 75 was a model of muscular and a osseous development, maintaining an upright posture that struck all as “remarkable for one of his age.”

Having remained there for a period of something like twenty years, he returned to New York City about the year 1830.

Here and at this time for the first he saw Hans Burch Gram, that expounder of the new faith that he brought fresh from the Hahnemannian fount.

Ever ready to investigate, he is soon found subjecting the claims of the new system to the test of experiment. As early as 1834 we find him with his name at the head of the list, associated with Drs. John Franklin Gray and Amos Gerald Hull, as editors, and eight laymen, engaged in the publication of The American Journal of Homoeopathy.

Of this, however, only four numbers seem to have been published. Dr. Amos Gerald Hull says that it was too early too much in advance of public opinion.

Dr. Vanderburgh remained in the city, where he established a lucrative business, his patrons embracing the wealth and intelligence of the city. Not only was his business among residents of the city ; they rushed in summer to their country villas to enjoy the cool and quiet of rural life, and here, by telegram, he was often summoned to attend upon the sick.

Thus the fame of Homoeopathy spread. In 1840 he purchased Linwood Hills, the name given to the residence that he made his home up to the time of his death.

His introduction of Homoeopathy into this county, and the facts connected therewith, have become history. He contributed some valuable papers to the literature of Homoeopathy. His letter to Judge Cowen, in defence of Dr. Henry D. Paine, then of Newburgh, N. Y., sets forth the claims of the new system upon the enlightened judgment of the age in a masterly manner.

Dr. Vanderburgh’s mind was peculiar ; his conclusions were so often the result of intuition. This ran through a large portion of the writings of his later years he practiced medicine from a love of his profession.

He became absorbed in his cases. In speaking of patients he rarely called them by name. He usually designated theta as “the cardiac case with valvular disease, ” or “the man with diabetes,” etc.

He was kind to the poor, as thousands could testify. His advice was sought at his home, on the highway, in the railroad station, on the railcar, on the steamer, at his dinner, at the hotel in the city, in bed and out of bed. he never turned a deaf ear to ”a case. ”

The first few words of the description, or the looks of the patient at once aroused the spirit of scientific inquiry within him. He was proverbial for punctuality in his appointments, and woe betide the man who kept him waiting in the consultation room. A homily was the certain penalty.

Dr. Vanderburgh was first President of our County Society and remained so up to the time of his death.

About a year ago it was first discovered that his vital powers were beginning to fail. Exposure to the inclemencies of the weather laid him aside. His attack consisted of an utter prostration of all muscular power. Yet it was not paralytic, Still he was as helpless as an infant. With this he had paroxysms of dyspnoea, with a sensation of impending suffocation.

The dyspnoea, however, was gradually removed during the Spring, so that during the Summer all that was noticeable was debility and a wasting away of the fatty and muscular tissues, until he became only bone and tendon, with only slight traces of the muscles remaining.

The vital forces continued slowly to give away. No disease of the specific organ could be pride out, beyond cardiac hypertrophy, which had been his life long companion. No effusion ensued. He died without a struggle ; his attendant telling me that he died as one going to sleep. So peaceful was his end.

Federal was a member of the Dutchess County Homeopathic Medical Society, The Hahnemann Academy of Medicine.

Federal wrote Geometry of Vital Forces, Letter to Valentine Mott, M.D., in Reply to His Valedictory Address to the … , Mind, Life, and Motion: With the Law of Their Relations to Matter, Problem of Life and Motion, An Appeal for Homoeopathy; Or Remarks on the Decision of the Late Judge …