The Gregg Surname and Homeopathy

The Gregg surname gave us a United States Health Officer and Surgeon and Secretary at the Homœopathic Hospital, Pittsburgh, Surgeon for Pittsburgh & Lake Erie Railroad Company and Lecturer on Surgery to the Pittsburgh Training School for Nurses; a homeopathic author, and an othodox doctor who converted to homeopathy to become the pioneer of homeopathy in New England, one of the founders of the American Institute of Homeopathy and of the Massachusetts Homeopathic Society and the Massachusetts Homeopathic Hospital. 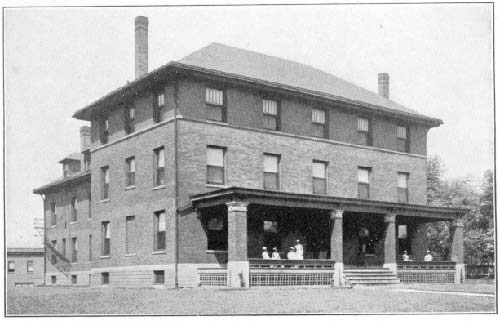 of Pittsburgh, Pennsylvania, was born in Buffalo, New York, in 1870, and was educated for the practice of medicine at Hahnemann Medical College of Philadelphia, from which institution he received the degree of M. D. with the class of 1892.

He supplemented his professional training by taking a post-graduate course at the University of Berlin, Germany, in 1894-1895.

In 1899-1900 was Health Officer of Nome, Alaska, and acting United States Health Officer of the Port of Nome in 1900. He is Surgeon on the staff of the Homœopathic Hospital, Pittsburgh, and Secretary of the Medical Board of that institution ; Surgeon for Pittsburgh & Lake Erie Railroad Company, and Lecturer on Surgery to the Pittsburgh Training School for Nurses. 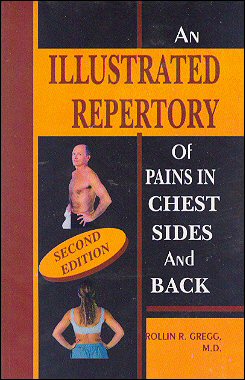 Rollin Robinson Gregg 1828-1886 wrote An Illustrated Repertory of Pains in Chest, Sides and Back in 1879, Consumption: Its Cause and Nature with Henry Clay Allen in 1889 and Synopsis of a Forthcoming Work Upon Consumption and Its Numerous Kindred…. In 1862 Rollin R. Gregg, MD, began his practice in Buffalo. Rollin R. Gregg, MD,_ Editor and Proprietor_ of the Homeopathic Quarterly 1869.

Samuel Gregg 1799-1864 was an othodox doctor who converted to homeopathy to become the pioneer of homeopathy in New England.

Samuel Gregg was a graduate of Dartmouth College in 1825, and studied medicine with Dr. Dalton. He went on to establish a practice in Medford, Massachusetts. He discovered homeopathy through Thatcher Magoun on whose advice he consulted Federal Vaderburgh for his daughter who was very ill with consumption. Though his daughter subsequently died, Gregg was so impressed with the relief given by homeopathy, he adopted homeopathy in 1838. His practice flourished as a result.

Moving to Boston, Samuel Gregg practiced in Boston with Herbert Codman Clapp. He became one of the founders of the American Institute of Homeopathy in 1844, and of the Massachusetts Homeopathic Society in 1854. Gregg also helped to found the Massachusetts Homeopathic Hospital in 1855. Samuel Gregg proposed that homeopaths begin scientific research into homeopathy by using themselves as guinea pigs.

Samuel Gregg wrote articles for the Transactions of the Homeopathic Medical Society of the State of New York.

John Adams Tarbell dedicated his book Homoeopathy Simplified in honour of his conversion to homeopathy (published by Otis Clapp).