The Copeland Surname and Homeopathy

B S Copeland a member of the Homeopathic Medical Society of Michigan in 1895.

of Winnehago, Ills., was born Din., Plymouth county, Mass., on March 6th, 1811. He is a descendant of the old Plymouth stock. He received an academic education at Bridgewater and Taunton, and graduating subsequently chose the profession of a physician as his own.

His medical education was obtained at the Medical Department of the University of Michigan, and in New York. In the last-named city he commenced his practice, and after a time removed to western New York, where he attended to his professional duties for over ten years, and where, also, he was married.

In 1853, desiring to locate in the West, he selected Winnehago as his permanent home, and has devoted himself to his practice in that place for twenty years. He is now, though sixty-two years of age, a very active and stirring man, has raised a family of nine children, has a large circle of friends, and is a very strong and earnest member of the Republican party. 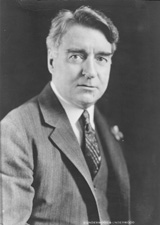 Royal Samuel Copeland 1868 – 1938 was an American academic, homeopathic physician, and politician who held elected offices in both Michigan (as a Republican) and New York (as a Democrat). He represented New York in the United States Senate from 1923 until 1938.

Royal Samuel Copeland was inspired by Francis Ellwin Chase to become a homeopath.

In 1932, the American Food, Drug and Cosmetic Act recognised the United States Homeopathic Pharmacopoeia as the legal equivalent of the orthodox United States Pharmacopeia _(Harris Livermore Coulter, _Homoeopathic Science and Modern Medicine: __The Physics of Healing with Microdoses, (North Atlantic Books, 1980). Page 15). ‘… A principal author of this law was Royal S. Copeland, a three-term U.S. Senator from New York…[https://en.wikipedia.org/wiki/Federal_Food,_Drug,_and_Cosmetic_Act\]’

In 1888, he taught school in Sylvan Township, Michigan. He graduated from the University of Michigan in Ann Arbor with a degree in medicine in 1889. After graduate studies in Europe, Dr. Copeland practiced medicine in Bay City, Michigan, from 1890 to 1895.

Copeland was admitted to the Homeopathy Society of Michigan on May 21, 1890, and was made secretary of the society in October 1893. He was a Professor of Ophthalmology and Otology in the University of Michigan Medical School’s Homeopathic Department from 1895 until 1908.

On July 15, 1908, Copeland married Frances Spalding. The same year, Copeland moved to New York City to take a position as Dean at the New York Flower Hospital and Medical College, a position he left in 1918 to serve as President of the New York Board of Health. He gained much positive public attention for keeping New Yorkers calm during the influenza outbreak of 1918.

In 1922, Copeland ran as a Democrat for the U.S. Senate, defeating first-term Republican Senator William M. Calder. Franklin Delano Roosevelt served as his honorary campaign manager for this election.

Copeland was close to the regular Democratic organization in New York, the boss-led Tammany Hall. He was a conservative Democrat and not especially supportive of his fellow New Yorker, President Franklin Delano Roosevelt’s New Deal policies. Copeland was known for his successful efforts to bring air conditioning to the Senate.

In 1937 he won the Democratic nomination for Mayor of New York City, but lost in the general election to Republican incumbent Fiorello H. LaGuardia. Senator Copeland died in office on June 17, 1938 and was buried at Mahwah Cemetery in Mahwah, New Jersey.

Copeland was a member of several honor societies and fraternal organizations, including the Pi Gamma Mu, international honor society in social sciences, which he served in various positions, Delta Kappa Epsilon, the New York Athletic Club, the National Democratic Club, the Elks, the Freemasons, the Knights Templar, the Shriners, the Friendly Sons of St. Patrick, and the Sons of the American Revolution.

His elementary and secondary education was acquired in the graded and high schools of Dexter, from the latter of which he graduated, and his higher education in Michigan State Normal College, and also in the academic department of the University of Michigan ; his master degree was conferred by Lawrence University (Appleton, Wis.) in 1897.

His preceptor in medicine was Dr. Edgar Ferant Chase of Dexter, and his alma mater, the University of Michigan (homœopathic department) where he came to his degree in 1889.

After graduating Dr. Copeland began practice in Bay City, and removed thence to Ann Arbor in 1895. His post-graduate studies were pursued in London, Paris, Berlin, Halle, Vienna, Heidelberg and Munich, in 1896 and 1901.

In 1889-90 Dr. Copeland was house surgeon to the Homœopathic Hospital of the University of Michigan, and also during the same time he was assistant to the Chair of Ophthalmology and Otology in the Homœopathic Department of the University. Since 1895 he has held the Chair of Otlogy in that institution, and since he came to his degree he has been an active factor in the councils of professional associations, and has been honored with elections to several important offices.

Royal Samuel Copeland wrote The Infinitesimal Dose: Read Before the Homeopathic Medical Society of the … _](http://books.google.com/books?id=CRfeGwAACAAJ&dq=copeland+homeopath&lr=&ei=ps8dSJ34GaHayATH0L3YBg), [_The Scientific Basis of Homeopathy, In Defense of Homoeopathy, Homoeopathy and Posology; a Discussion of the Potency Problem: A Discussion … , Doctor Copeland’s home medical book, In defense of the attenuated drug, The new homoeopathic hospital at the University of Michigan, Over weight? Guard your health; among adults the overweights have a greater prospect of early death than have the underweights,

Copeland’s Cure: Homeopathy and the War Between Conventional and Alternative Medicine

In “Copeland’s Cure,” we find an absolutely dazzling account of the quarrel, over the course of some 150 years, between conventional medicine (as represented by the AMA) and the alternative practice of homeopathy, founded in 1796 by Christian Hahnemann and used enthusiastically by the American (mostly rural) middle class throughout the 19th century and on into the 20th — mostly because it was gentle, and because it often worked.

Well up into the 1800s, all conventional medicine could offer by way of treatment was bloodletting — terribly painful and ineffective — or prescriptions of “mercury, arsenic, or lead, which purged the body of its excesses if they didn’t first poison the patient, or blistering, pulling teeth, sweating, ice, starvation, darkness and silence.”

Homeopathy, on the other hand, based on the assumption that “like cures like,” used infinitesimal doses of up to 3,000 remedies, usually in pleasing little sugar pills. People swore by them.

Natalie Robins writes that she’s equally interested in both sides of the battle and hopes, above all, to be “fair minded.” She chooses as her emblematic protagonist a certain Royal Copeland, a country boy who grew up in the 1880s in the town of Dexter, Mich.

He was bright and ambitious, earned the money to attend homeopathic school, practiced that medical discipline for many years, then turned politician. He became commissioner of health in New York during the Spanish influenza epidemic and finally became a member of the U.S. Senate, where he was able to keep the prescriptions of the (by then beleaguered) homeopaths legal and safe from attacks by the tireless AMA.

Natalie Robins writes: Royal Samuel Copeland ‘s name came up once or twice in my early research, but there were no books about this very unusual man! (I soon found out that the Bentley Historical Library of the University of Michigan had the complete collection of his papers.) Copeland was many things, but above all he was a homeopathic eye surgeon, which meant that he dispensed homeopathic remedies to his patients before, after, and even instead of, surgery. These were dilute substances made from minerals, herbs, plants, barks, mushrooms, insects, shellfish, or animal products.The remedies mimic the symptoms of the sick person and are said to bring about relief by “entering” the body’s “vital force.” Homeopathy, a wholly western invention , was brought to America from Germany in 1827, nearly forty years before the discovery that germs cause disease. Today it is one of the most popular - as well as one of the most controversal - alternatives in use around the world.

Copeland, who would become a medical school dean, Commissionerof Health in New York City during the horrific flu pandemic of 1918, and a U.S.Senator from New York, was trained in the late 1800s in a course no different from that of a conventional doctor.

Always a savvy politician, he believed that homeopathy and conventional medicine could - and should - live happily side by side, and he always kept up a good relationship with the AMA (despite that fact that it kept a secret file on his activities.)

Royal Samuel Copeland straddled the worlds of politics (he befriended Calvin Coolidge, Herbert Hoover, and Franklin and Eleanor Roosevelt, among others) and medicine (as senator, he helped get rid of medical “diploma mills”). His crowning achievement was to give homeopathy lasting legitimacy by including all its remedies in the Federal Food, Drug, and Cosmetic Act of 1938.