The Sawyer Surname and Homeopathy

The Sawyer surname contributed one Chair of Obstetrics and Surgery at University of Michigan and the President of the Michigan State Homeopathic Society; one orthodox doctor who converted to homeopathy to become the President of the American Institute of Homeopathy; and one White House Physician and Brigadier General in World War 1.

Alfred Isaac Sawyer was born in Lyme, Ohio on October 31st, 1828. His parents came to the U. S. from England in 1819, first settling in Connecticut.

In 1827 the family settled in what was known as the Connecticut Fire Lands, more commonly known as the Western Reserve in Ohio. Alfred was the 11th child and 8th son.

Of all the children, he did not follow in his father’s footsteps and farm. At the age of 17 he sought to improve his education because he felt his calling was to do something other than follow a plow. His father was not happy.

He taught school in the winter and attended the Newark Academy in the spring and fall. At the age of 24 he attended the Western College of Homeopathy? in Cleveland.

In 1854 he received the degree of Medical Doctor. For two years he practiced medicine in Marieta and Zanesville, Ohio. In the fall of 1856, Sawyer went to New York City and entered the medical department of New York University.

After leaving the university he pursued studies to become a specialist of the eye. After about 3 months of study with some New York doctors, he received a diploma for ophthalmic surgery but lack of finances forced him to leave New York and find a position that would bring him a livelihood.

After visiting various places, he chose to settle and set up practice in Monroe. He was very active with the Masonic Lodge here, holding numerous positions at both the local and state level.

He was elected mayor of Monroe in 1869, 1870 and 1878. He was also a member of the school board for nine years. He was very active in the efforts to introduce homeopathy at the University of Michigan.

He repeatedly appeared before the State Medical Society, State Legislature, State courts and Board of Regents of University of Michigan. Apparently in 1847, a bill was introduced in the State legislature making it illegal to practice homeopathic medicine.

This resulted in homeopathic graduates getting the title M. D. on their diplomas. He was also appointed to the Homeopathic Chairs of Obstetrics and Surgery at University of Michigan.

He was very active in this field of medicine. He held offices in state, national societies and was delegate to an international convention in 1881.

Alfred Isaac Sawyer was present at the Thirty-Eighth Session of the American Institute of Homeopathy, held at St. Louis, June 1885:

Here it is proper to mention the fact that Drs. Timothy Field Allen, Francis Hodgson Orme, Jabez Philander Dake, Alfred Isaac Sawyer, Andrew R. Wright and Israel Tisdale Talbot have generously contributed to a fund for this purpose. The cost of drugs and the expense of travel, borne by individual members of the board at no inconsiderable personal sacrifice, have been freely given in the cause of science. 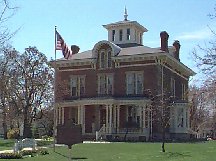 Benjamin Edwards Sawyer was an American delegate to the International Homeopathic Congress in London in 1881 and was elected President of the American Institute of Homeopathy in 1889.

Benjamin Edwards Sawyer was the homeopath of Nathaniel Hawthorne’s wife, Sophia Peabody, and his daughter Annie Sawyer Downs was a friend and fellow botanist of Henry David Thoreau.

As such, Benjamin Edwards Sawyer was also part of the intelligentsia who gathered around James T Fields, one of America’s most famous publisher of American writers, and a partner in Ticknor and Fields, had a bookstore known as Parnassus Corner on Old Corner.

From Egbert Cleave, Cleave’s biographical cyclopaedia of homeopathic physicians and surgeons, (Galaxy Publishing Company, 1873, reprinted by The University of Michigan Library print on demand service 2006). Page 277. ‘… Benjamin Edwards Sawyer of Haverhill, Mass., was born at Cape Elizabeth, Me., on August 11th, 1811 His father from whom he inherits rare judgment and unusual discrimination, was Benjamin Sawyer, at the time of our subject’s birth Minister of the Congregational Church at Cape Elizabeth. His mother, Maria Wines, was the daughter of Abijah Wines, D. D., of Newport, N. H., who was noted for his argumentative skill in the religious controversies of his times, and for his devotion to early missionary work in Maine.

A year after the birth of Dr. Sawyer, his father moved to Amesbury, Mass. During the early years of his boyhood, he attended an excellent academy at that place. He fitted for college at Hampton ; N. H., in the same class with Hon. Gaines Grimes, of Iowa, Hon. Daniel Clark, and Hon. Amos Tuck, of New Hampshire.

Having made choice of the medical profession, he began to study therefor with Dr. R. D. Mazzey, of Dartmouth College, and continued under his instruction until he graduated at Bowdoin College, Brunswick, Me., in 1837. Dr. Mazzey was the Professor of Anatomy and Surgery at both these colleges during Dr. Sawyer’s course.

On receiving his diploma, he commenced the practice of allopathy, and continued therein for eight years. Then through careful study and patient experiment he became convinced of the truth of the homœopathic theory.

At once he adopted it. About this time he left Boscawen, N. H., where he had been located, and took up his residence in Concord, Mass. At that time Concord was the centre of a vigorous intellectual circle, and it offered a congenial field to him.

His practice became large and lucrative, while his intense sympathy with the anti-slavery movement had a full opportunity for practical exercise. At Concord, as at Boscawen, he was the friend and coworker of Nathaniel Peabody Rogers, Parker Pillsbury, and Stephen C. Foster.

His children have never known the slightest prejudice of color, having been brought up to regard whites and blacks as equal.

He resided nine years in Concord, then removed to Haverhill in the same State, and has lived there up to the present time.

For years he has been the leading physician of his school in the neighborhood. His clear-sighted judgment, his skill, tender sympathy, and hearty kindliness to poor as well as rich, cause him to be much sought after. Though so far advanced in life he enjoys full health and vigor.

Dr. Sawyer is an ardent lover of nature and has spent so much of his time among the lovely hills and valleys of Essex, that he has come to be regarded as an authority on the rare wild flowers of the Merrimack Valley.

Early in life Dr. Sawyer married Lucy C. Noyes, of Newport, N. H. She came of the best Puritan stock, what Dr. Holmes calls the “blue blood” of new England, her direct ancestor being Governor Dudley. She died after a brief union, but left behind her several children, between whom and their father exists a peculiarly close communion. 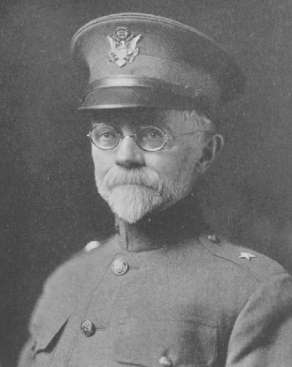 He acquired a high school education and was graduated from the Cleveland Homœopathic Hospital College in 1881. He practiced medicine in La Rue, Ohio, from March 26, 1881, until December 10, 1893, when he was appointed surgeon to the H. R. Allen Institute, Indianapolis, Indiana. 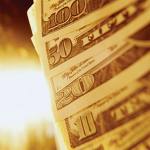 Decatur Sawyer was a wealthy businessman who consulted and supported homeopaths.