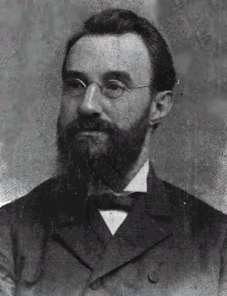 Dudley was Professor of Chemistry and Toxicology, Professor of Physiology and Microscopic Anatomy and Chair of Hygiene and the Institutes of Medicine at the Homœopathic Medical College of Pennsylvania.

of Philadelphia, Pennsylvania, was born at Torresdale, Philadelphia county, October 17, 1837. His father, William Dudley, was a descendant of one of the brothers Dudley who joined the Plymouth colony about ten years after the famous voyage of the ”Mayflower.”

The family name is of Saxon origin and is traced without difficulty along some of the most interesting lines of English history. It is antedated by very few of even the oldest family names of the British realm.

The father of the two emigrant brothers was Captain Roger Dudley, an officer in the service of Queen Elizabeth, though Governor Thomas Dudley is said to have been so cordial a hater of aristocracy that he would rarely speak of his descent through the English nobility.

The Dudleys are now widely scattered, not only throughout New England but in several other Atlantic states, and also in Tennessee, Kentucky, Indiana, Illinois, Minnesota and California.

Dr. Dudley’s mother was Eleanor Wood, a descendant of Sir Richard and Alice Wood of Gloucester, England, through their son Robert, who came to America in 1699 and settled in Newtown, Long Island, New York, and some of whose posterity afterwards removed to Newtown, Bucks county, Pennsylvania.

Dr. Dudley acquired his early education in the public schools and in Treemount Academy, Norristown, Pennsylvania. Two years were then spent in teaching school and in reading medicine under the preceptorship of the late David James, M. D.

In March, 1866, Dr. Dudley was one of the thirty-three physicians who united in the formation of the Homœopathic Medical Society of Philadelphia. In 1867 he joined the newly organized state society and in 1869 became a member of the American Institute of Homœopathy.

He contributed numerous papers to the county, state and national societies, and to various medical journals, principally to the ”Hahnemannian Monthly,” of which he was editor from 1880 to 1887.

He was one of the Secretaries of the State Society for two years, and for one year its president. In the American Institute of Homœopathy he was General Secretary from 1888 to 1894, inclusive, and was its President in 1896.

In 1885 he was appointed a member of the newly organized State Board of Health and held that office nearly fourteen years, being President of the Board for two years.

In 1899 he was awarded the honorary degree of LL. D. by the Senate of Rutherford College of North Carolina.

He has been a member of the Hahnemann Medical Club of Philadelphia since its organization in 1873, and co-operated with it in establishing the Children’s Homœopathic Hospital in 1876.

For several years he served the hospital on its visiting staff and board of directors. In 1868 he was appointed Professor of Chemistry and Toxicology in the Homœopathic Medical College of Pennsylvania.

At that time there were two rival homœopathic colleges in Philadelphia. During the following winter he identified himself with his fellow professors in a quiet endeavor to secure the consolidation of the two schools, and participated in the general satisfaction with which it was finally achieved. The union of the schools in 1869 relieved him of his duties as a teacher.

In 1872 it was proposed to him to accept a Professorship in the consolidated institution. He gave no encouragement, however, to this proposal, but in 1876 he accepted the Professorship of Physiology and Microscopic Anatomy. This position he held until 1890, at which time he was transferred to the Chair of Hygiene and the Institutes of Medicine, which he still holds.

When Dr. Dudley became a member of the college faculty in 1876, the government of the institution was in an unsatisfactory condition. There was, in the first place, the anomaly of a double-headed board of trustees ; the members of the faculty constituted a board of professorial trustees, besides which there was a board of corporation trustees, the latter composed of well-known business men.

It gradually came about that the lay trustees were interested more particularly in the hospital connected with the institution and were disposed to let the whole responsibility of the management and prosperity of the college rest upon the shoulders of the professorial board.

The two bodies of trustees failed to agree regarding the hospital clinics, and certain of the lay members wanted the clinical teaching work excluded from the facilities of the hospital.

In addition to this difficulty, the faculty was beginning to perceive the necessity for a new, college building, and that unless the trustees could unite on some method to secure it the college must soon be compelled to close its doors.

These subjects came up in nearly every joint meeting of the boards and resulted in mutual recrimination, which engendered bitter personal feeling, to the great detriment of both college and hospital.

With the college professors the subject presented a problem frequently and earnestly considered and discussed, but without immediate prospect of a satisfactory solution.

Dr. Dudley was one of, the most earnest in the endeavor to secure a settlement of the vexed and vexing question. Early in the session of 1881-82 he prepared an elaborate paper, containing a thinly disguised arraignment of the corporation trustees, and intimating their responsibility for the unfortunate state of college affairs. It suggested three possible ways of settling the difficulty between the two boards, two of which had been discussed in faculty meetings, the third being entirely new.

This paper he showed to Dean A. R. Thomas, by whom it was submitted to William MacGeorge, the widely-known corporation lawyer. He was a member of the board of corporation trustees, and was the best and most disinterested lay friend the college had in its board.

After a careful consideration, and some emendations of the paper, that gentleman feared that the third suggestion mentioned (the proposition to divorce the two institutions) might arouse the opposition of certain trustees, merely because it had its origin in the college faculty.

He therefore sapiently suggested that he be permitted to offer it to the lay trustees as a proposition coming from them to the medical trustees. This was agreed to, and presently the board of corporation trustees proposed a separation of the college and hospital. The proposition was, of course, very cordially accepted by the faculty.

Dr. Dudley has not hesitated to express his personal pride and gratification in view of his own part in this business, particularly as it proved to be the beginning of an era of college prosperity which has continued to this time.

Later in the history of the institution he again had the opportunity of indirectly aiding it in an unexpected manner. The old hospital on Cuthbert street, in the rear of the old college building, had been closed for lack of pecuniary support, and it was proposed to merge it with another hospital located in the northern part of the city.

He again sought to enlist Mr. MacGeorge’s interest in the matter, and suggested to him that the charter of the old Cuthbert street hospital provided that the institution was to be maintained partly for clinical instruction of the students of the Hahnemann Medical College, and that the merging of the hospital with a distant institution, one, moreover, which refused to admit students to any educational enjoyment of its clinical facilities, would be to violate the provisions of its charter, and might invalidate any gifts or legacies pertaining to it.

Mr. MacGeorge promptly moved in the matter, with the result that the property of the old hospital was merged with the Hahnemann Hospital.

In January, 1896, Dr. Dudley was elected to the Deanship of the college. Finding that his views respecting college discipline and management and his suggestions for improving the efficiency and usefulness of the course of instruction did not and were not likely to receive the hearty support and sympathy of a portion of the faculty, he resigned the office May 31, 1903.

He still retains his Chair of Hygiene and the Institutes of Medicine. He has given twenty-eight years of service to the institution as a member of the board of trustees.