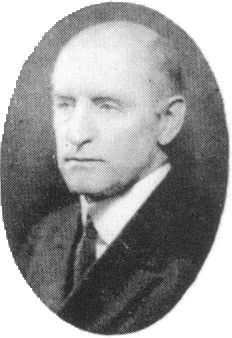 Rabe was President of the International Hahnemannian Association, editor in chief of the Homeopathic Recorder, and he wrote Medical Therapeutics for daily reference. Rabe was Dean and Professor of Homeopathic Therapeutics at the New York Homeopathic Medical College.

He attended successively the Hoboken Academy, Stevens High School, the Lawrenceville School, the Dwight School and Columbia College, at the latter spending two years in the arts department.

He was for one year a student in the College of Physicians and Surgeons of Columbia College, and two years in the New York Homœopathic Medical College and Hospital, where he came to his degree in 1896.

After graduation he went abroad and studied one year in the University of Berlin, Germany, and upon his return in 1897 began the practice of his profession in New York city.

In 1900 he removed to his present location. Dr. Rabe is lecturer on Materia Medica in his alma mater, the New York Homœopathic Medical College and Hospital, and was township physician and president of the board of health of Weehawken, serving two years in each office.

“…wiry, seemingly ageless gentleman of the old school who liked to talk not only of Hoboken, but of the Europe of old where he had travelled and studied. The walls of his office and the rooms beyond in his homely dwelling in Madison were resplendant with paintings from across the seas, and I saw countless cupboards of sparkling European glass… ” continue reading: